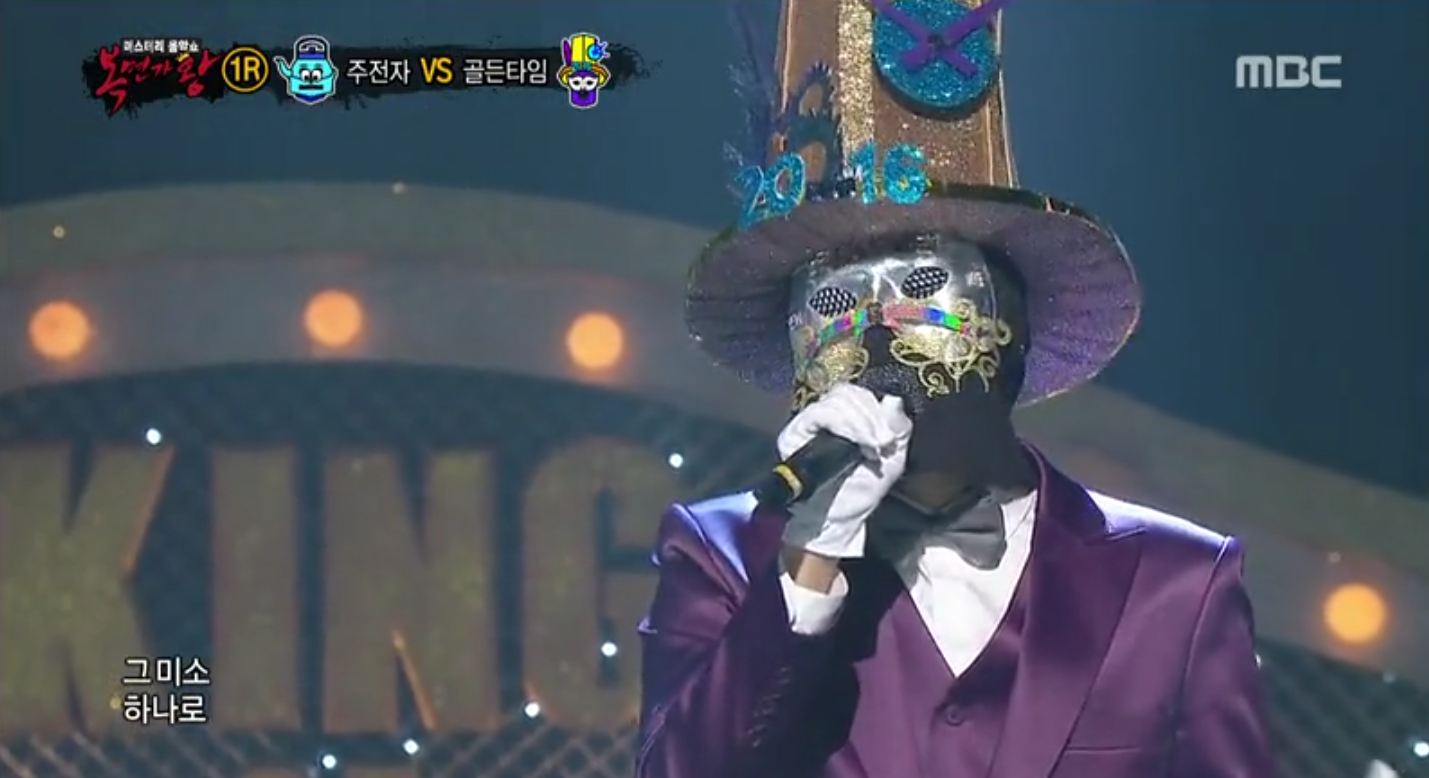 Many viewers are guessing that Super Junior member Ryeowook is the talented singer performing under the alias of Miracle’s Golden Time on the most recent episode of “King of Mask Singer”!

Golden Time goes up against contestant Kettle Gentleman in the first round of the latest competition that begins on January 10’s episode of “King of Mask Singer.” The two contestants put their all into a beautiful duet performance of Position’s “I Love You.”

Golden Time takes the win with 64 votes over Kettle Gentleman’s 35 votes, and will be entering the second round in next week’s episode. After he lost the round, Kettle Gentleman was revealed to be singer Shim Shin.

Netizens are now speculating that Golden Time is none other than Super Junior’s Ryeowook. Fans have pointed out that not only is his voice similar, but he even tilts his head in a way similar to Ryeowook after he finishes singing one of his parts.

Meanwhile, it has been revealed that Ryeowook is preparing to make his debut as a solo artist soon, although no date has been announced yet.

Do you think Golden Time is Ryeowook?

Super Junior
Ryeowook
The King of Mask Singer
How does this article make you feel?