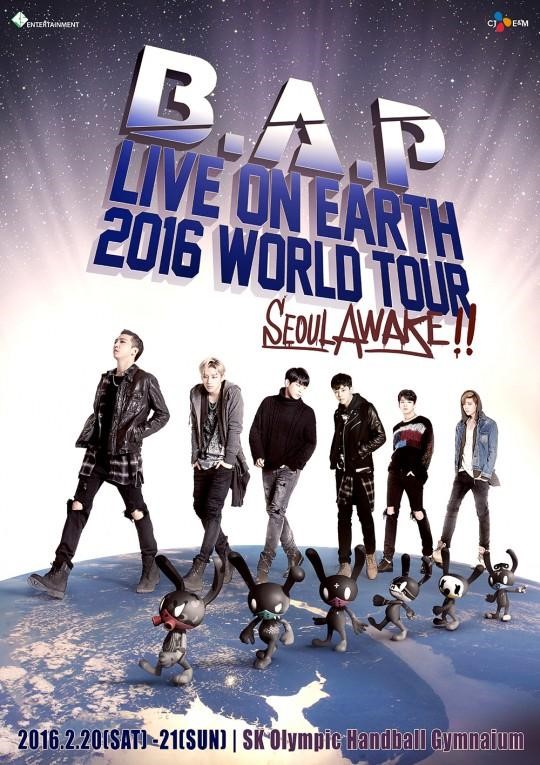 After making a triumphant comeback from their hiatus, B.A.P has announced its 2016 concert tour will be a world tour!

On January 11, B.A.P’s record label TS Entertainment released a teaser poster for the concert. The tour is titled “LIVE ON EARTH 2016 WORLD TOUR” and will have 30 concerts in 15 different countries. The tour will include stops in both North and South America, as well as England, Germany, Poland, Russia, Australia and New Zealand.

The first stop of the tour, of course, will be held in Seoul at the SK Olympic Handball Stadium. The Seoul concert is titled “Seoul Awake!!” The tour is set to kick off on February 20, just in time for their upcoming comeback.