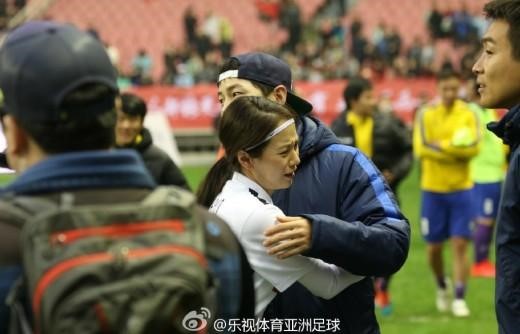 A photo of Song Ji Hyo and Song Joong Ki sharing an emotional hug is making rounds across the Internet.

The moment was captured during the filming for a special episode of “Running Man” on January 10, and posted to a Chinese TV channel’s official Weibo account. In the photo, Song Ji Hyo is seen with an almost teary look on her face, giving Song Joong Ki a big hug. However, the reason behind her expression is unknown. Another photo was shared of the actor joking around with Lee Kwang Soo and Ji Suk Jin. 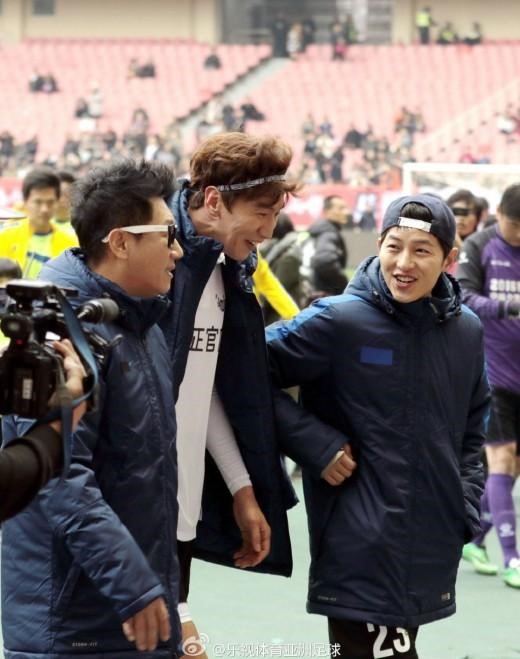 Song Joong Ki was once a member of the show’s fixed cast at its inception; however, he departed the show after episode 41 to focus on his acting career.

The cast of “Running Man,” joined by Song Joong Ki, took part in a special soccer match against some of Korea’s top soccer players, including Park Ji Sung and “The Return of Superman“‘s Lee Dong Gook. The match was held in China’s Shanghai House Stadium, which will be home to the 2016 Asian Smile Cup.