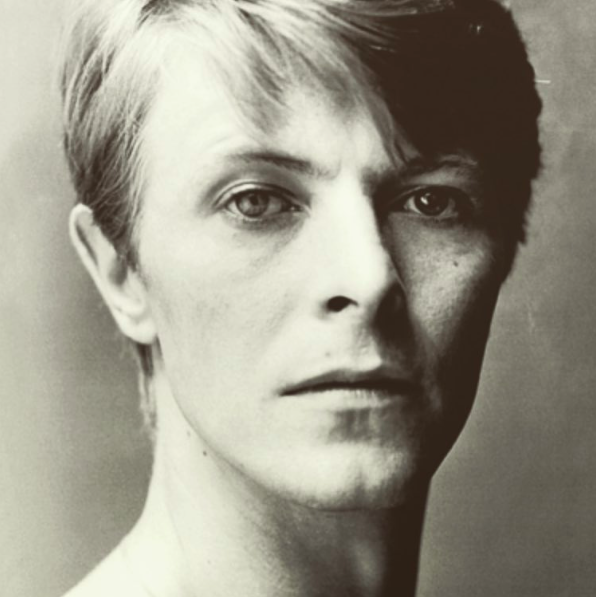 Music legend David Bowie unfortunately passed away after an 18-month battle with cancer on January 10. He had just turned 69 this past Friday.

David Bowie’s influence on the K-pop scene is undeniable; in fact, some have even gone as far as calling him the “godfather of K-pop.” K-pop stars have paid homage to him in the past, as B1A4‘s Gongchan did in 2014 and EXO‘s Kai did last year.

Now, many Korean celebrities have taken to their personal social media accounts, mourning the loss and expressing their condolences by sharing iconic photos of the singer.

May David Bowie rest in peace, and we express our condolences to his friends and family. 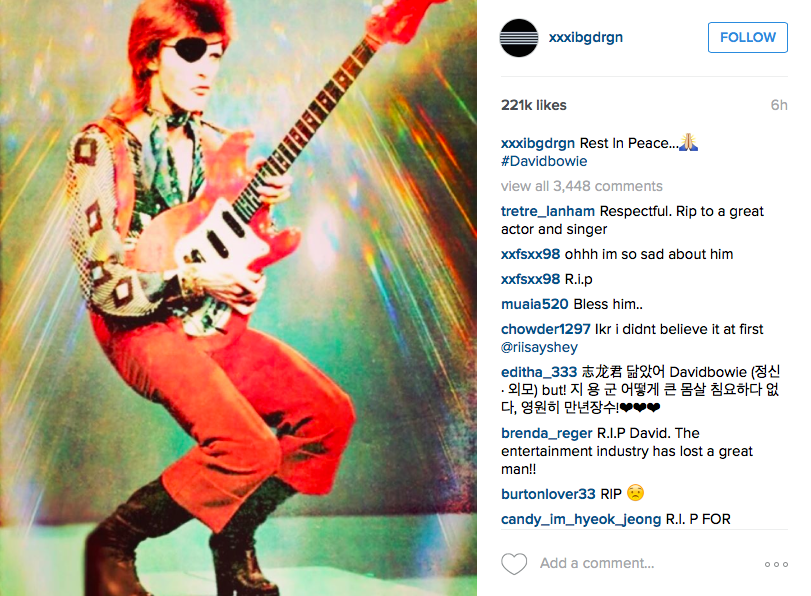 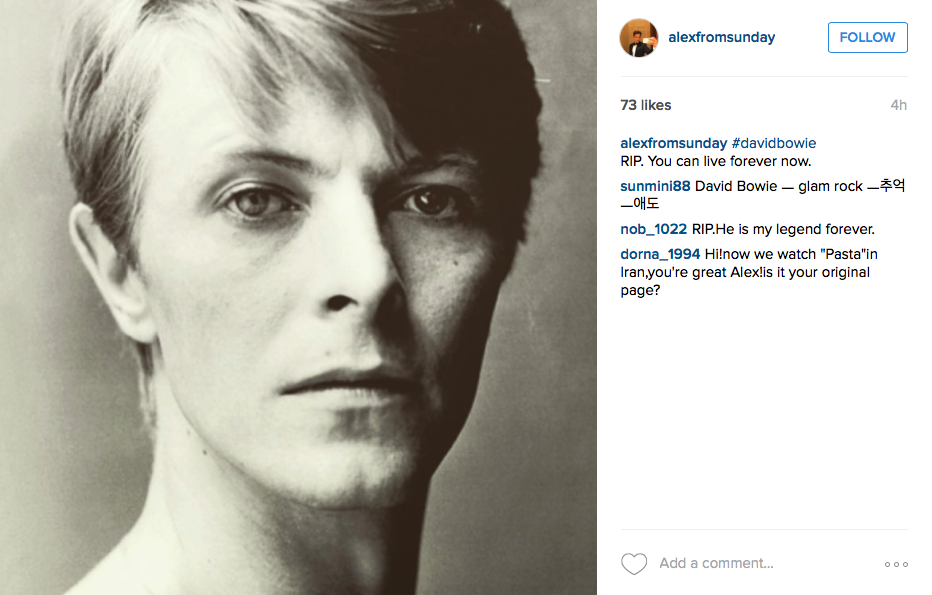 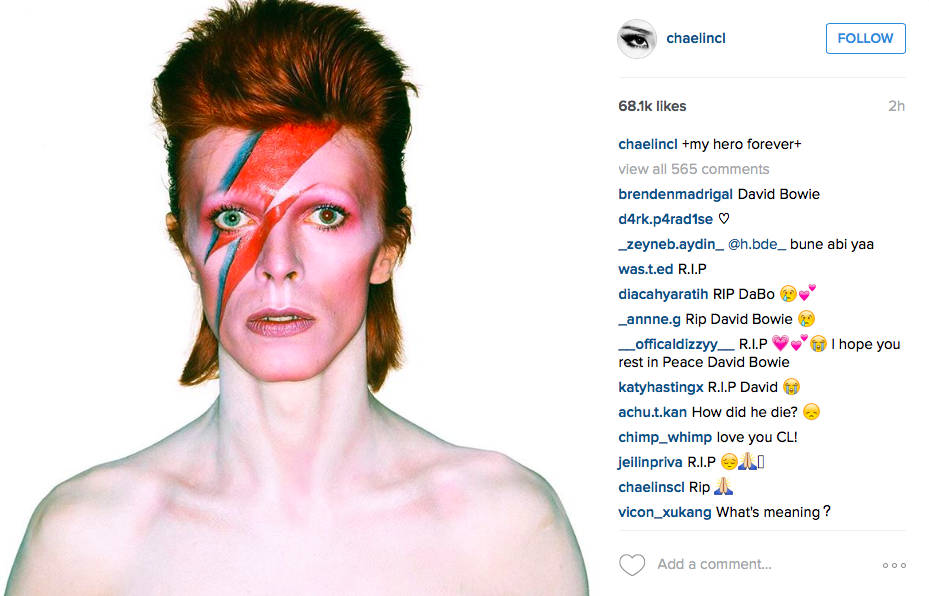 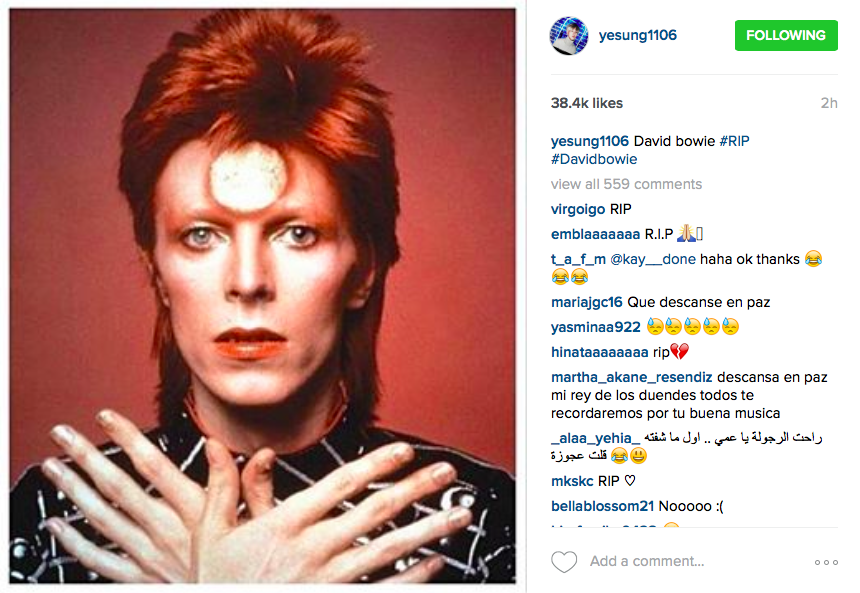 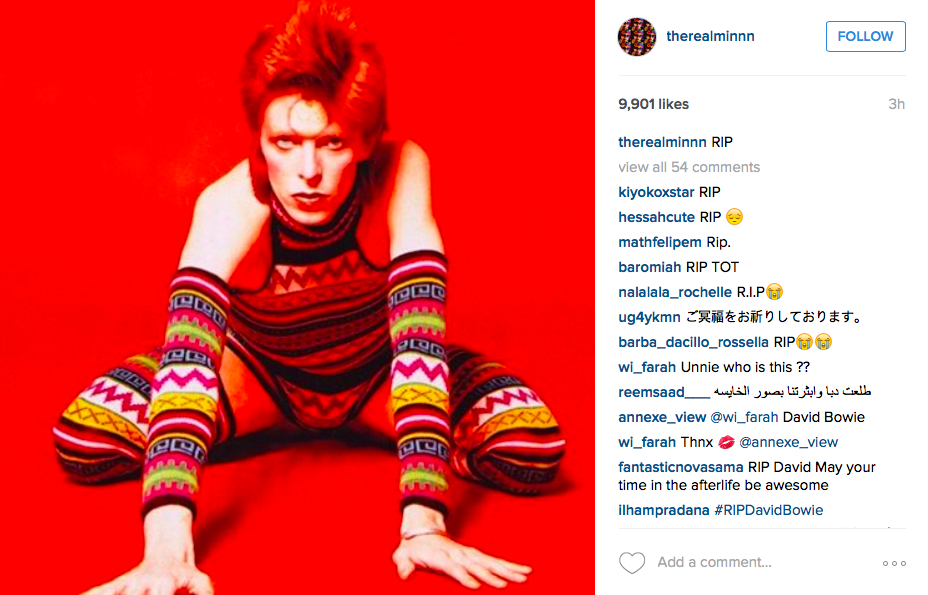 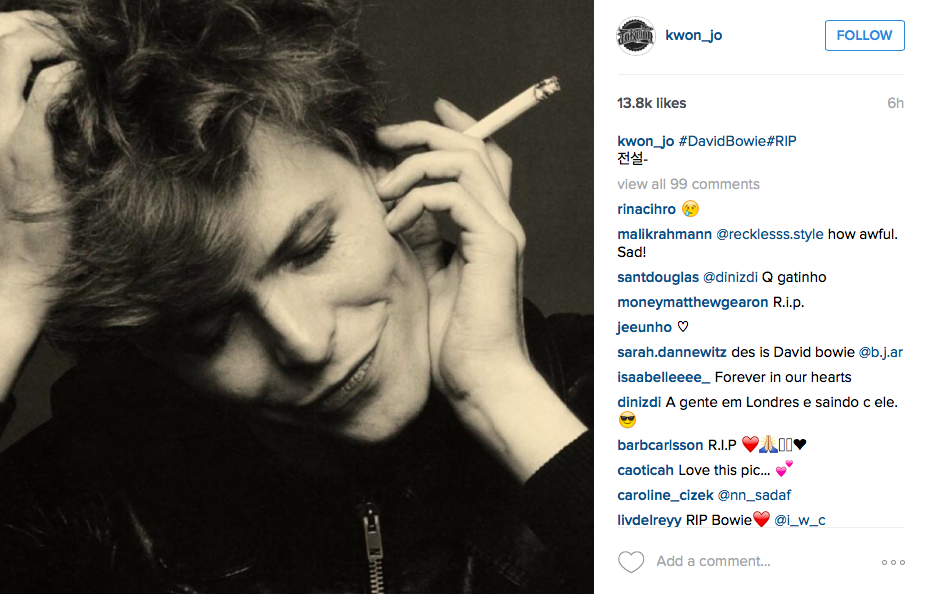 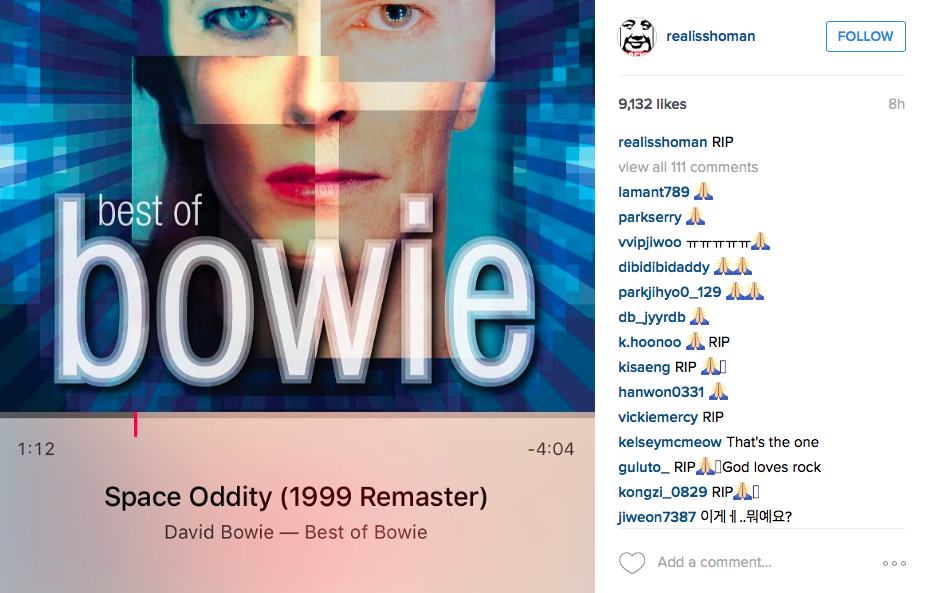 David Bowie
How does this article make you feel?