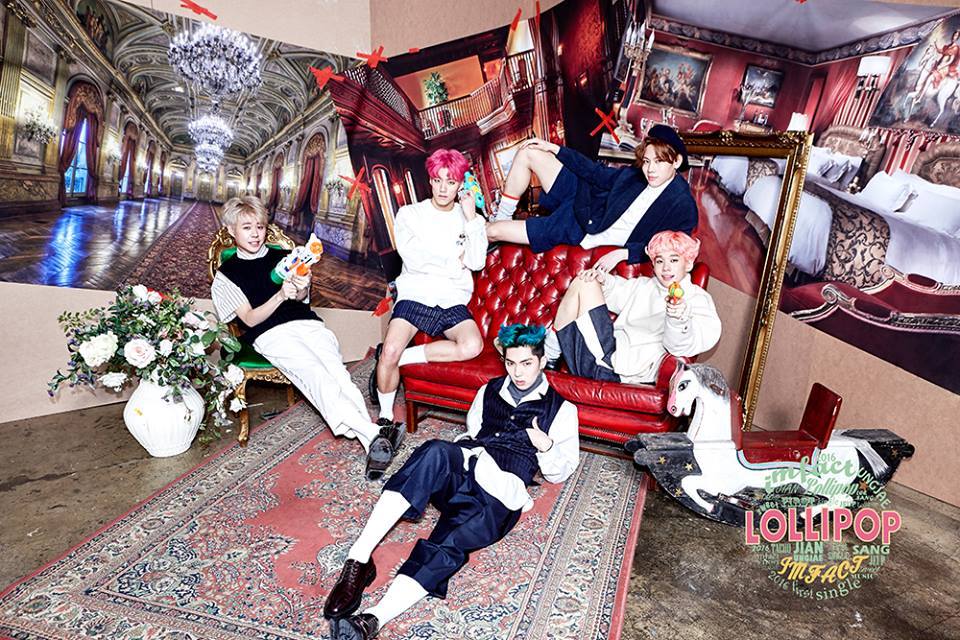 On January 12 at midnight KST, IMFACT shared two images to their official Facebook. One is a poster for their upcoming digital single “Lollipop,” which will be released at noon KST on January 27. It features the names of all five guys, including Jian, Jeup, Taeho, Lee Sang, and Ungjae. 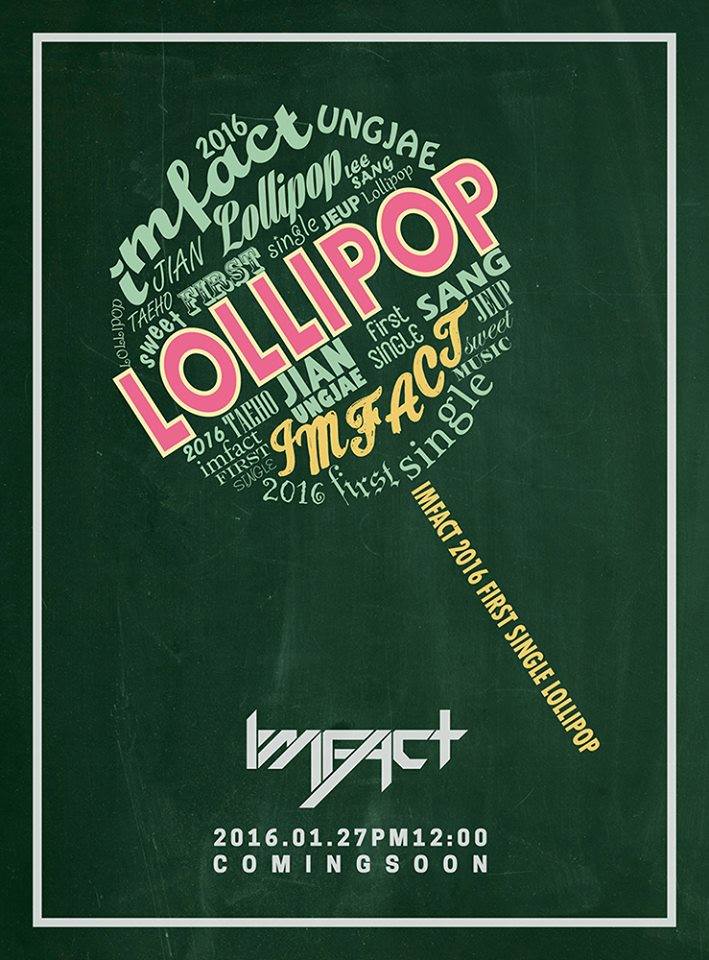 The group also uploaded a photo of the group from their album jacket that gives us a glimpse of the colorful, youthful, and casual look they’re going for with their debut concept.

As members of Star Empire Entertainment, the guys of IMFACT are label mates with groups ZE:A, 9MUSES, V.O.S, and more.

Are you looking forward to IMFACT’s debut?