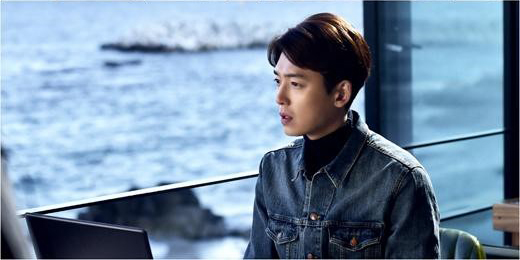 In the drama, Jung Kyung Ho portrays the character Song Soo Hyuk who works as a gossip reporter and is a single dad. He is a good looking reporter in his thirties who boasts his youthful looks. He can pass for being in his twenties which comes as an advantage to his job. As a reporter, he’ll do anything to get a good story, even if it means he has to dress up as a woman.

The still cuts from “One More Happy Ending” was released on January 11. They show Song Soo Hyuk looking out into the ocean while he’s writing his article. The scene makes you wonder what is going on.

Jung Kyung Ho commented, “We’re working hard even in the cold weather. Please have high expectations for our drama.”

“One More Happy Ending” portrays stories of aging girl group members and the men who are involved with them giving love a second chance. Jung Kyung Ho and actress Jang Nara are in the spotlight as a couple to focus.

Jang Nara
One More Happy Ending
Jung Kyung Ho
How does this article make you feel?