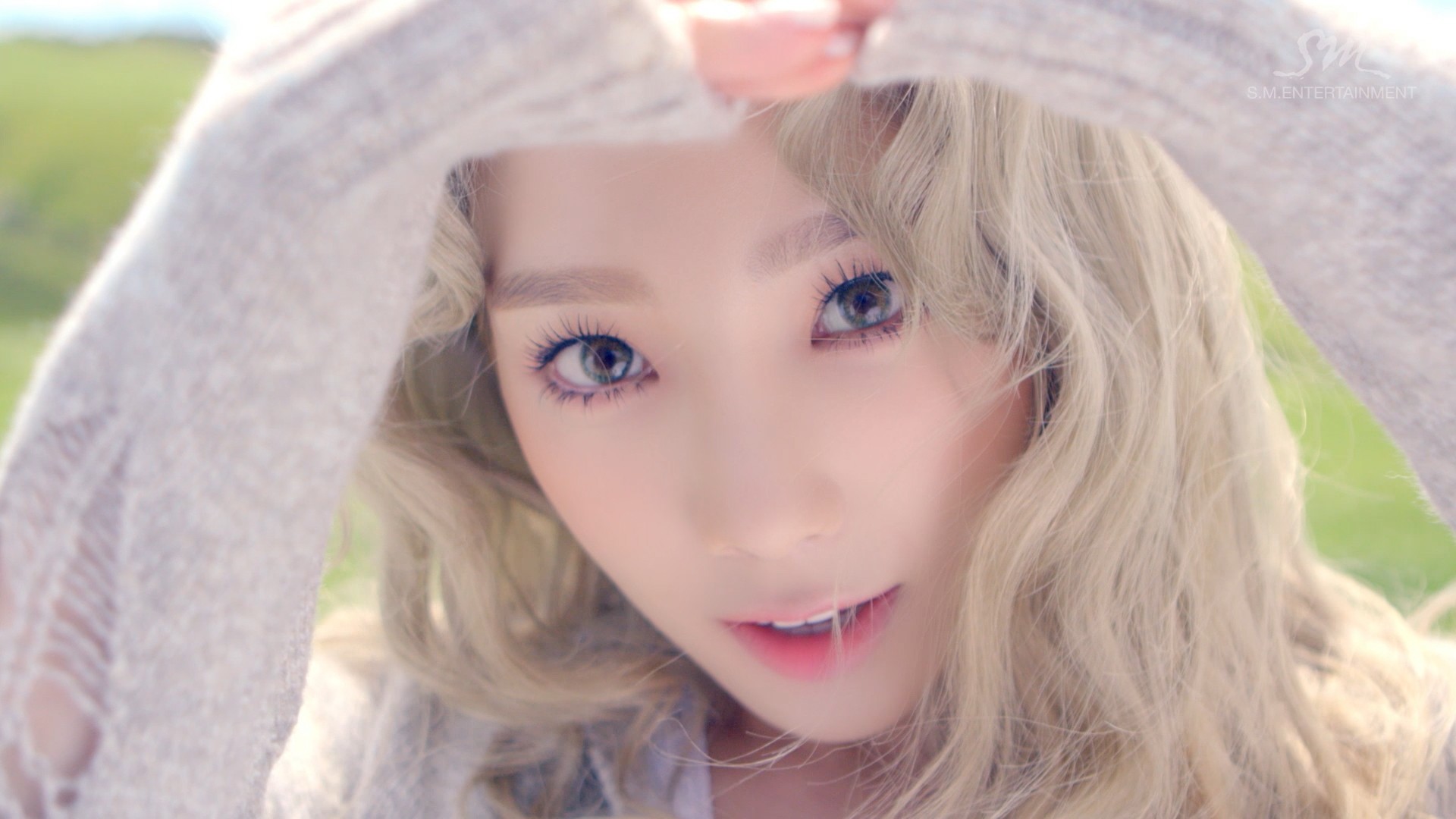 8 Inspirational K-Pop Songs That Will Brighten Your Day

With everything that’s going on in the world, it can sometimes be a bit difficult to keep your head up and stay positive. Luckily, there are a few K-pop songs that specialize in both raising your spirits and keeping you entertained. We’ve rounded up a few of them. In no particular order, here are eight inspirational K-pop songs sure to brighten your day.

Girls’ Generation leader Taeyeon made her official solo debut with chart-topping single “I” last year. The song features refreshing lyrics about freedom and flying high, along with a positive rap from Verbal Jint to start the title track off.

Not only does the song feature enlightening metaphors about butterflies and realizing one’s own potential, but it also presents a music video full of beautiful shots of nature and Taeyeon setting off on her own path of freedom. This track is certain to beam a ray of sunshine on any of your cloudy days.

Female duo 15& made a dazzling debut with their single “I Dream” back in 2012. The ballad boasts emotional lyrics about dreaming to touch and uplift people with their song, while the music video features the duo looking back on their childhood memories until finally uniting hand-in-hand on a beautiful, grand stage.

With Park Jimin and Baek Yerin‘s powerful vocals, “I Dream” is a stunning single that inspires its listeners to also pursue their dreams.

GOT7 definitely deviated from the norm when they released “Just Right” last July. While many summer comeback singles are known for their bright visuals and airy lyrics, GOT7 took the chance to turn a typical summer jam into a universal, body-positive anthem.

The music video shows a young girl grow more confident in her appearance as a mini GOT7 pops up in various areas of her room and convinces her that she’s beautiful just the way she is. It’s not always easy to love yourself in this image-obsessed world, but “Just Right” makes it a little easier to do so.

An inspirational song that doubles as a party hit, SPICA‘s “Tonight” is the ultimate anthem that’s just as upbeat as it is uplifting. The song emphasizes living life to the fullest and how we’re all the main characters of our own lives. The music video illustrates these beautiful lyrics with countless shots of the SPICA girls laughing, dancing, and altogether enjoying each other’s company.

Coupled with SPICA’s bohemian outfits and powerhouse vocals, “Tonight” is a classic, year-round track essential for any great day.

“Never Mind” is the intro track for BTS‘s most recent album “The Most Beautiful Moment in Life, Pt. 2.” In popular BTS fashion, the music video for this intro single foregoes the fancy angles and choreography shots of a typical music video for a comeback trailer that glows with vibrant animation.

The intro track features impactful lyrics about continuing to try your best and never giving up, no matter how difficult life may get. Paired with an animation that highlights the various key lyrics, “Never Mind” is definitely a track that will motivate you to stay true to your goals.

A definite throwback, “Way to Go!” is an early Girls’ Generation single from 2009. The song is all about cheering its listeners up, and the music video features the girl group in the iconic outfits we know well from their mega-hit “Gee.” Not only this, but it also shows Girls’ Generation beaming with happiness and singing straight into the camera as if they were cheering us up personally.

While this song definitely deviates from the group’s recent singles, “Way to Go!” will always be the song you can count on to brighten your day.

B.A.P rappers Bang Yong Guk and Zelo released their “Never Give Up” single ahead of their official group debut back in 2011. The track not only serves as a great prelude to B.A.P’s then upcoming debut, but it also doubles as a motivational anthem to start off your day.

The chorus boasts the soulful vocals from gospel group Heritage, while the music video follows Yong Guk and Zelo around school. With lyrics that focus on staying strong and never giving up on your goals, “Never Give Up” is a perfect track to keep you focused.

SISTAR’s Soyu grants us another flawless duet when she joins forces with 10cm vocalist Kwon Jung Yeol for “Lean on Me.” Much like the title of the song, the lyrics tell its listeners to lean on Soyu and Kwon Jung Yeol whenever they’re feeling lonely or down. The music video tells the story of a sweet romance between a couple, highlighting the song’s meaningful lyrics even more.

It’s an easygoing song that pairs these two vocalists well, and it will continue to warm our hearts well after the cold seasons have passed.

What K-pop songs inspire you? Let us know below!