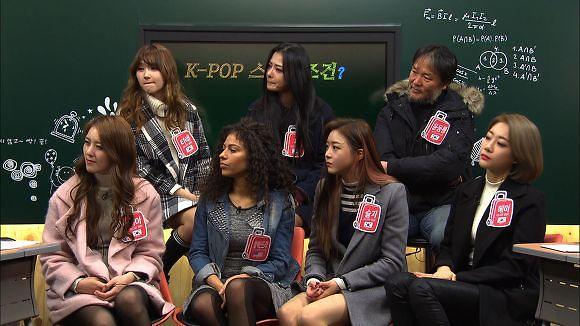 RANIA’s Alexandra to Appear on Her First Korean Variety Program

RANIA’s Alexandra will be appearing on the January 12 episode of KBS1’s “My Neighbor, Charles.”

In the episode, Alexandra, who hails from mixed-race parents in the U.S., will discuss why she chose to go to Korea and what it’s like to work there. In the U.S., her powerful rap skills had caught the attention of a producer, who cast her immediately.

Belonging to the famous hip-hop label Def Jam, she modelled for brands such as Tommy Hilfiger from the age of 15 and made an appearance in music videos for Chris Brown and Jamie Foxx. Alexandra became interested in K-pop in 2009 through YouTube.

“I started with Ivy’s “Sonata of Temptation” and through 2NE1 and BIGBANG I fell in love with Korean music,” she said. “At first it was just simple curiosity but after I met a Korean producer and came to Korea, I think it was fate.”

Although her Korean skills are still rough around the edges, Alexandra will share more details about the girl group life in Korea on the broadcast. Rapper Microdot will also be assigned as her temporary rap teacher for the day!

The episode airs on January 12 at 7:30 p.m KST. Meanwhile, RANIA has recently concluded promotions for “Demonstrate” and are preparing a comeback in February.

Alexandra
My Neighbor Charles
RANIA
How does this article make you feel?