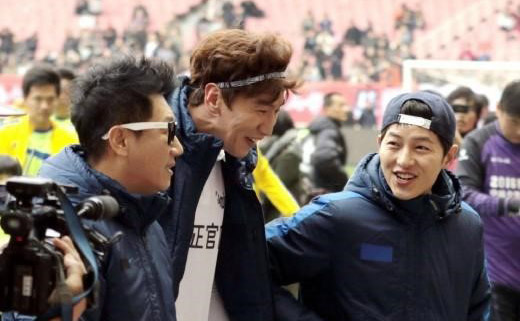 “Running Man” producer Im Hyung Taek recently promised that actor Song Joong Ki, who was once a member of the original fixed cast, will return again to participate on the show in the future.

On January 11, the cast filmed a special soccer match in China at the same venue that the 2016 Asian Smile Cup will be held. Im Hyung Taek sat down with Sports Chosun once filming wrapped up to talk about the special.

“Viewers were really looking forward to seeing Song Joong Ki reunite with the original cast. Unfortunately, he suffered a serious leg injury and was unable to participate in the special. Song Joong Ki really regretted not being able to participate in the mission, so he promised me personally, ‘When my leg is healed, I’ll absolutely come back and play in the games on ‘Running Man.””

Meanwhile, the special soccer match episode is set to broadcast over two weeks, on January 24 and 30. Are you looking forward to the special?