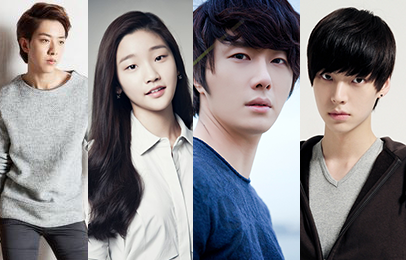 While the lineup for the upcoming drama “You’re the First” hasn’t yet been cemented, the four actors most likely to take the lead roles are currently in discussions with the production crew.

Similarly, Park So Dam’s agency stated, “Park So Dam was offered the role of the lead female role and was interested, so she’s currently in talks [with the production team].” As for Lee Jung Shin, his reported participation in the drama came from an industry insider, who stated in a separate report on January 12 that ultimately his schedule will determine whether or not he will end up confirmed in the lineup.

What do you think of the reported lineup?

Ahn Jae Hyun
Park So Dam
You're the First
Jung Il Woo
Lee Jung Shin
How does this article make you feel?