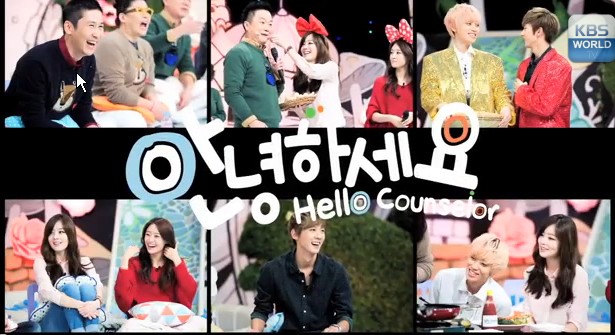 A Chinese television show has been accused of plagiarising KBS‘s “Hello Counselor.”

On January 12, KBS issued a statement regarding the reported plagiarism. The Korean broadcaster stated that the set design, the format of the show, voting and scoring, even the way that participants enter the stage all appear to be strikingly similar. Additionally, they said that it was Chinese netizens who first brought the issue to their attention.

The statement continued, “We have officially demanded that the broadcaster responsible immediately cease broadcasts of the show in question on the grounds of infringement of publication rights. Right now we’re waiting on an official response from the broadcaster. In the event that they do not respond do our demands, we will seek assistance from China’s State Administration of Radio, Film and Television, and take legal action.”

Take a look at the comparison photos for yourselves below. Do you think this is a case of plagiarism?

Hello Counselor
KBS
How does this article make you feel?