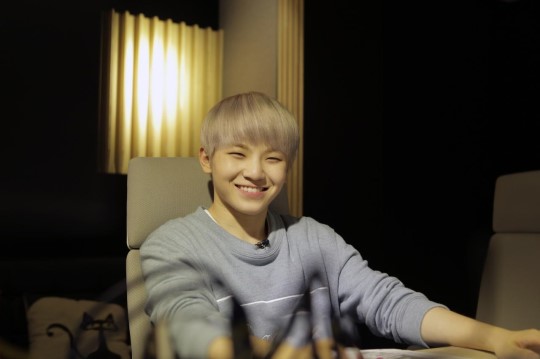 SEVENTEEN‘s Woozi has proven himself to be an impressive music producer through the show “Sugar Man.”

On its recent broadcast on January 12, Woozi appeared as one of the producers to remake a past hit song. As a result, Woozi remade the song “You In My Imagination,” sung by Kye Bum Zu and Orange Caramel‘s Raina and Lizzy.

Giving this song a unique and bright twist with Raina and Lizzy’s charms, Woozi received much praise from Sugar Man.

This isn’t the first time Woozi has produced a song. The singer has continued to produce and write songs for his group Seventeen, earning the name “self-producing idol.” Thanks to “Sugar Man,” Woozi’s producing skills have finally gotten the spotlight and impressed the public.

Check out a clip of him on the show below:

SEVENTEEN
Woozi
Sugar Man
How does this article make you feel?