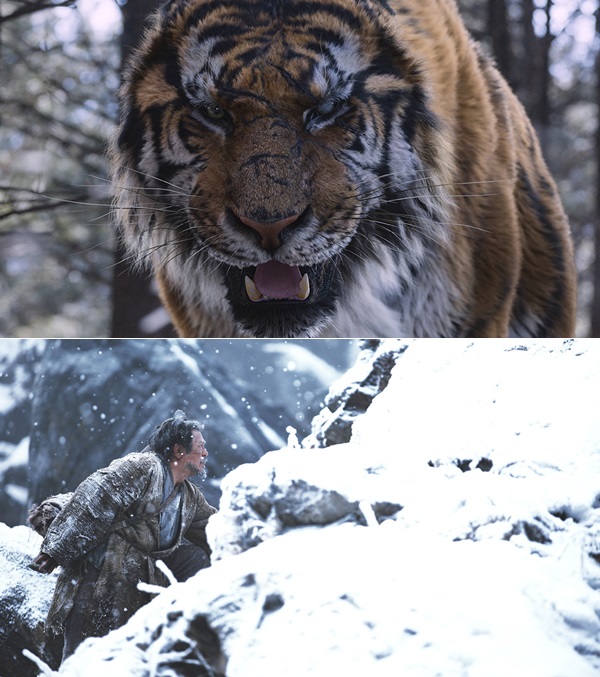 Win Tickets to See “The Tiger” in LA

Hey Soompiers! We have a special ticket giveaway for those of you living in and around Los Angeles.

Star of the huge hit movie “The Admiral,” Choi Min Sik is back as the star in the currently airing film “The Tiger” and we have two pairs of tickets for you!

The film is about the last Korean tiger, killed during the Japanese Colonial rule of Korea (then Joseon) in the first half of 1900. In 1925, Chun Man Duk (Choi Min Sik) has retired from hunting, leaving behind a legacy as the top hunter in all of Joseon, and choses to live quietly on Mount Jirisan with his son. However, his peaceful life is shattered by the arrival of Japanese soldiers descending on the mountain trying to find the last tiger in the land – fabled to be “the great tiger.”

With a Japanese dignitary, Maejono, obsessed with obtaining the last tiger’s pelt, Japanese soldiers drag Joseon hunters into their quest to obtain it. Despite all of their efforts, the great tiger proves to be elusive. As a last resort, the Japanese army target Chun Man Duk for his hunting skills and he, too, is forced to participate in the hunt.

With Tigers being revered in Korean culture, the film isn’t just about hunting; the tiger is the spirit of the Korean people and the last tiger represents their stand against the colonial rule. With stunning special effects to recreate the splendor of the tiger, this film will keep you on the edge of your seat rooting for the last majestic tiger in Korea.

How to enter to win a pair of tickets to the film playing at the CGV on Western Ave:

Winners will be contacted via Twitter direct message on Friday 1/15 and tickets will be valid for following week: 1/18-1/21.

Soompi Spotlight
the tiger
choi man sik
How does this article make you feel?