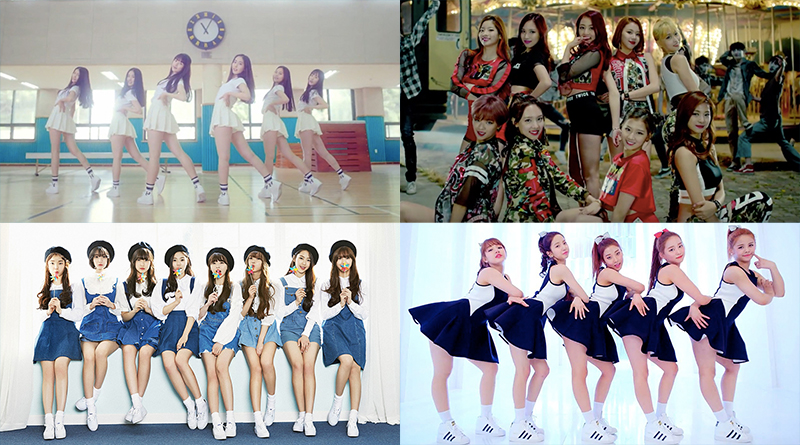 While there are already so many active K-Pop groups, many companies still continue to debut new groups at an ridiculous pace.

Just like last year, there were slightly more girl groups than boy groups that made their debut. This also gives us a total of nearly 100 new groups again.

The girl group standouts from this year include TWICE, G-Friend, Oh My Girl, April, and CLC.

As always, I tried to cover as much as possible and included vocal groups, hip-hop duos, bands, and sub-units. Featuring groups in order of their debut date, I selected a representative 15 second segment of each song to show.

Which girl group do you think had the most successful debut?

Random notes:
– The song used in the intro is TWICE’s “Like OHH-AHH.”
– A few groups actually came from abroad and released a song in Korean. There is GEERISZ from Japan, AS ONE from Hong Kong and LIME from Vietnam.
– Chamsonyeo is a project group from the “Weekly Idol” and features G.NA, Lizzy (After School/Orange Caramel), Youngji (KARA) and Sohyun (4Minute).
– DIA and Dia Girls are not related at all.