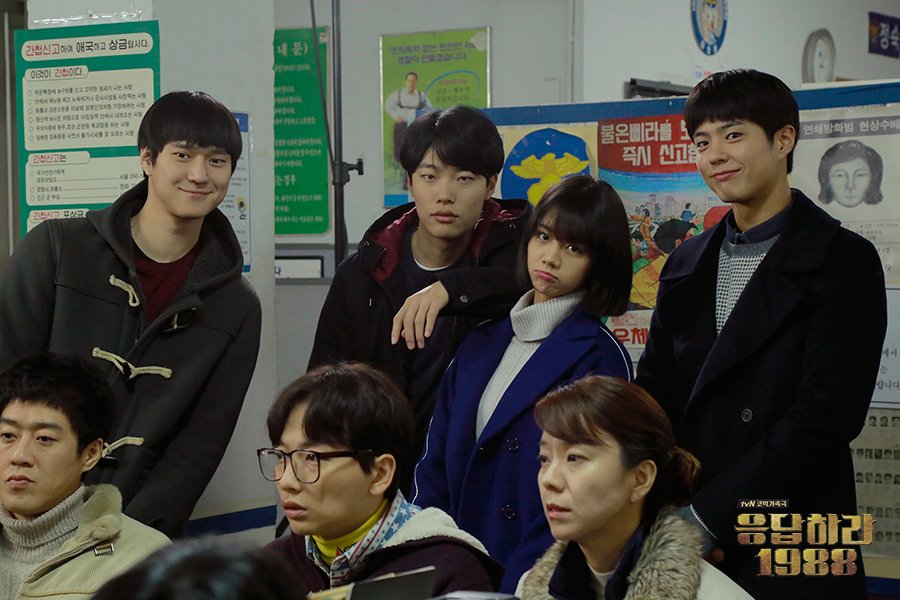 Which “Reply 1988” Stars Banked the Most CF Deals?

The leading actors in “Reply 1988,” all relatively unknown before the start of the drama, have experienced a sharp rise in commercial popularity following “Reply 1988.” In total, the main cast has filmed a total of 55 commercials as a result of the drama. Adding together individual commercials, the total comes to 70.

Girls’ Day’s Hyeri, who plays the role of Duk Sun, comes in first for the number of contracts. Already, she has collected 13 exclusive commercial contracts, and has earned a total of 6 billion won (approximately $4.9 million). Her modeling fees have also risen.

In only three months following the filming of 2014’s “Real Men,” Hyeri’s modeling fees rose to 200 million won (approximately $165,000). After “Reply,” her modeling fees have been reported to have doubled.

Currently, she has signed an exclusive contract with Albamon, Dabang, Ghana Chocolate, Puma, Sangkwehwan, Neoguri, Mise-en-Scene, Bullsone, Scinic, and others.

As a Girl’s Day member, Hyeri has shot an additional 15 commercials, bringing her total number of commercials to 28.

Her agency Dream Tea Entertainment commented that Hyeri has been experiencing high popularity in commercials.

Park Bo Gum (Choi Taek) claimed second place amongst the cast for the amount of commercials signed. He currently has filmed for K-Swiss, Sunkist, and eight others.

According to his agency, Blossom Entertainment, “Because of ‘Reply’ [he’s] signed a lot of commercial contracts. They’re all currently on air. However, we cannot comment on his commercial fees.”

Their agency revealed that their contract stipulations are similar when signing.

Lee Dong Hwi (Dong Ryong) has also experienced a sharp rise in commercial-popularity, filming for LG U-Plus, K5, Bankis, and others. In addition, he is shooting a commercial for fried-chicken brand Pelicana with co-star Park Bo Gum.

* An earlier version of this article incorrectly listed Hyeri’s collective modeling revenue, and has been corrected for accuracy