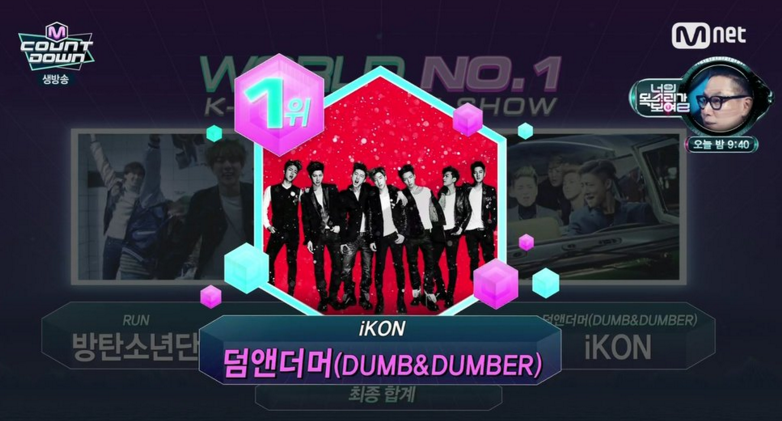 iKON Wins With “Dumb and Dumber” on “M!Countdown”

iKON grabbed the first win for “Dumb and Dumber” on this week’s “M!Countdown.”

The other nominee for this week’s No.1 song was BTS with “Run.” Despite tight competition, iKON ultimately came out on top with a small margin.

This marks the sixth overall music show trophy for iKON with their debut album “Welcome Back.” The popular rookie group has already many wins under their belt for singles “My Type,” “Rhythm Ta,” and “Apology.”

Both iKON and BTS were absent from today’s live broadcast due to attending the Seoul Music Awards.

iKON
M!Countdown
How does this article make you feel?