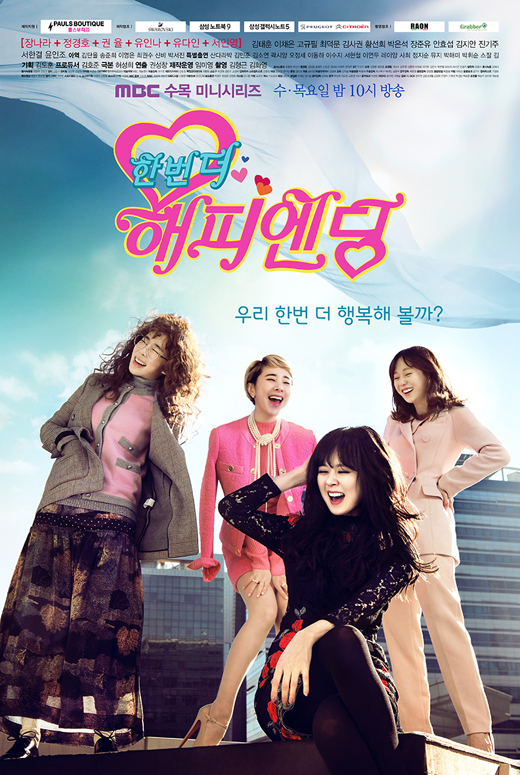 The official posters for the new MBC Wednesday-Thursday drama “One More Happy Ending” was revealed on January 14.

Actors Jang Nara, Jung Kyung Ho, Kwon Yool, Yoo In Na, Yoo Da In, and Seo In Young are shown in their characters.

One of the posters shows four cast members Jang Nara, Yoo In Na, Yoo Da In, and Seo In Young laughing out loud together. The tagline says, “Shall we be happy one more time?” exuding happy and positive energy. 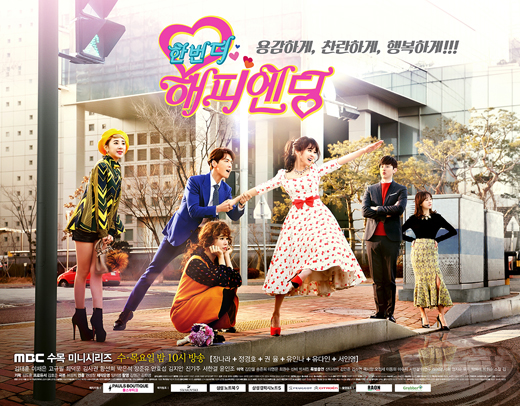 In another poster, the six cast members are trying to cross the street. But because of a big puddle, everyone is hesitant to take the first step whereas Jang Nara is boldly taking a step forward. 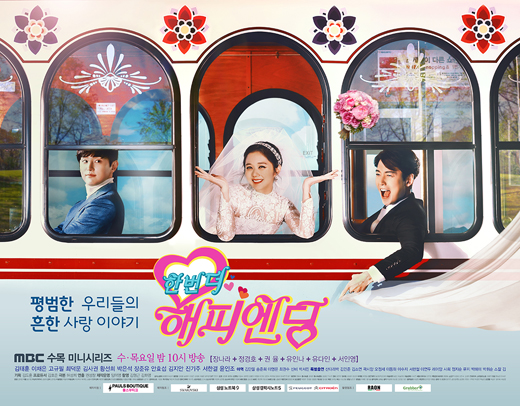 There is another poster that shows Jang Nara dressed in a wedding gown sitting between Jung Kyung Ho and Kwon Yool. The poster is enough to drive the curiosity of the viewers for a possible triangle love relationship.

“One More Happy Ending” is a romantic comedy and portrays stories of aging girl group and the men who are involved with them giving love a second chance. The first episode will air on January 20 at 10 p.m. KST.