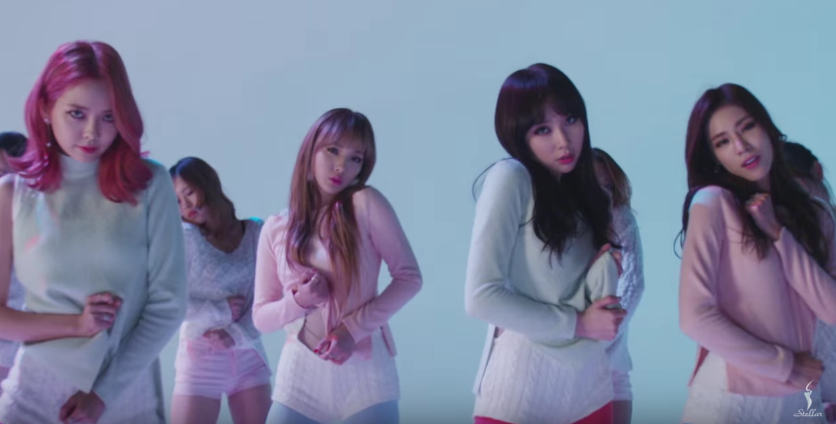 Stellar Get Fans Hyped for “Sting” Comeback With MV Teaser

Girl group Stellar has revealed the first music video teaser for their pending comeback with “Sting.”

The teaser starts off with members lounging around while being almost voyeuristically captured by the camera. Soon, the beat changes to a more upbeat one, and the members begin to confidently strut down a hallway in trendy outfits. The song appears to be a catchy dance number with lyrics about a painful relationship.

For the past week, many have been debating over the controversial Lolita concept adopted by Stellar for their latest comeback. Some have found their teaser photos disturbing and expressed their mixed feelings about Lolita-themed photoshoots becoming more popular, referring to recent spreads by IU and Sulli, while others consider the concept to be sexy and appropriate for the image pursued by Stellar.

Check out the teaser for “Sting” below!