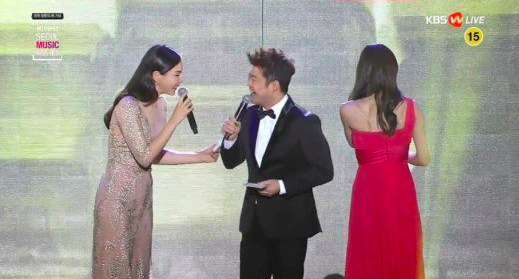 Jun Hyun Moo Once Again Under Fire for Rude Behavior

Jun Hyun Moo called Hani “good-looking,” using a homonym for the name of Hani’s boyfriend, JYJ‘s Junsu. Junsu was snubbed by the producers of the show and was not invited, despite winning an award. Producers claimed that his award would not be presented during the live awards in order to focus on “major award categories.” As a result, Jun Hyun Moo’s off-handed comment upset Hani and caused her to cry.

Now netizens are criticizing Jun Hyun Moo, calling his actions thoughtless and inconsiderate of Hani. They also brought up his recent rude behavior towards Kang Ho Dong at the 2015 SBS Entertainment Awards, accusing him of “putting his foot in his mouth once again.”

EXID
Jun Hyun Moo
Hani
How does this article make you feel?