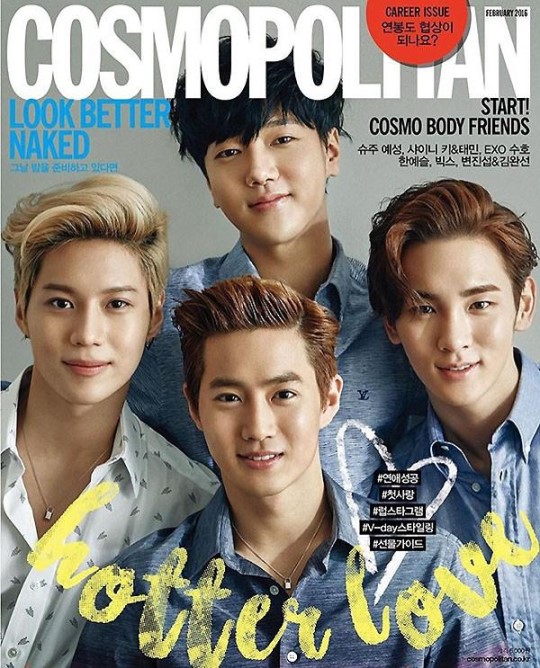 Brace yourselves, ladies – members from three of SM Entertainment‘s biggest boy groups are gracing the cover of Cosmopolitan Korea!

Super Junior‘s Yesung, SHINee‘s Key and Taemin, and EXO‘s Suho all got together for the cover feature of the February issue. Though Cosmopolitan officially released the cover to their official Instagram on January 16, Yesung posted the preview to his own account the previous day.

“We all shot the photos in pairs, so the four of us became closer,” Yesung wrote. He then added in a hashtag, “My face was swollen that day.”