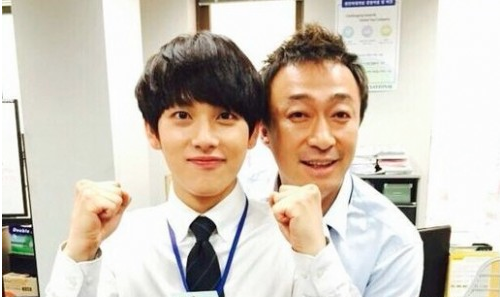 Lee Sung Min and co-star Lee Hee Joon recently appeared on the SBS Power FM radio show “Cultwo Show” to promote their latest film, “Robot, Sori.” On the show he was asked about Im Siwan, who was his co-star in the popular drama “Incomplete Life” (also known as “Misaeng”).

“Even though he’s so young, he’s very calm and smart,” Lee Sung Min said. “He has a deep outlook on life.”

Im Siwan will be starring in the film “A Melody to Remember,” scheduled to be released in theaters later in January. Lee Sung Min’s film “Robot, Sori” is also set to be released later this month and tells the story of a man who tries to find his lost daughter with the help of an artificial intelligence robot.

Meanwhile, “Cultwo Show” broadcasts every day from 2 to 4 p.m. KST.

Im Siwan
Lee Sung Min
How does this article make you feel?