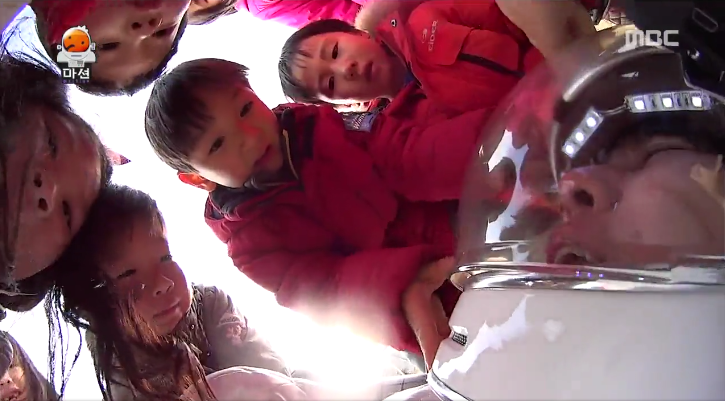 On January 16’s episode of “Infinite Challenge,” the cast members and guest Shim Hyung Tak take a trip to “Mars” and are terrified by the “aliens” that they encounter there!

During their stay on Mars, which in reality is the town of Hwasung (which sounds like “Mars” in Korean), the guys don spacesuits and pretend to be having trouble walking around due to the different gravity. As part of their mission, they split up into groups to explore the surface of the planet. 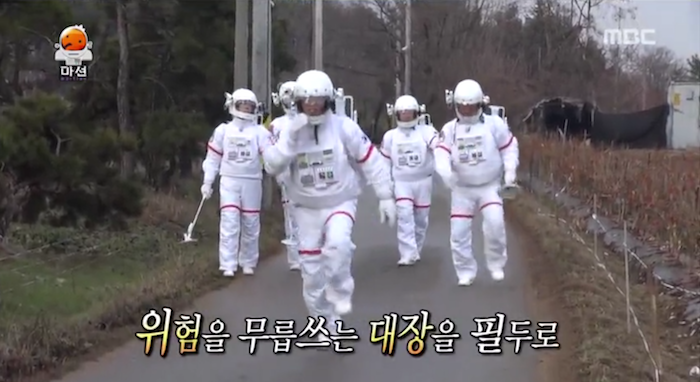 Haha, Kwanghee, and Shim Hyung Tak come across a local elementary school, where some kids are playing outside. “Lifeforms!” yells Haha, and they cautiously begin to approach the school to check them out. 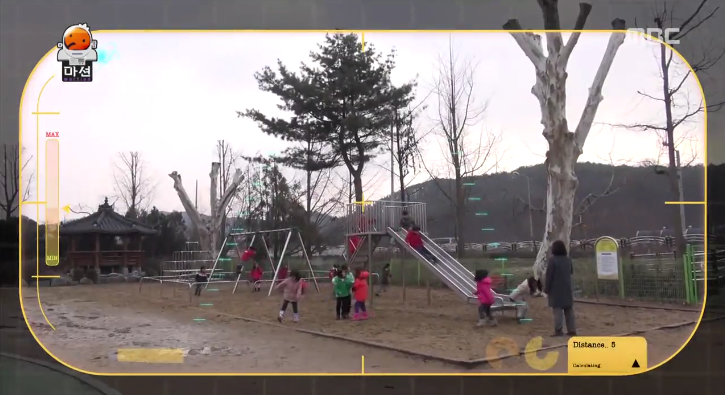 They then pretend to get caught in the “trap” of a soccer net on the field, and Kwanghee cries out, “Emergency! Emergency!” 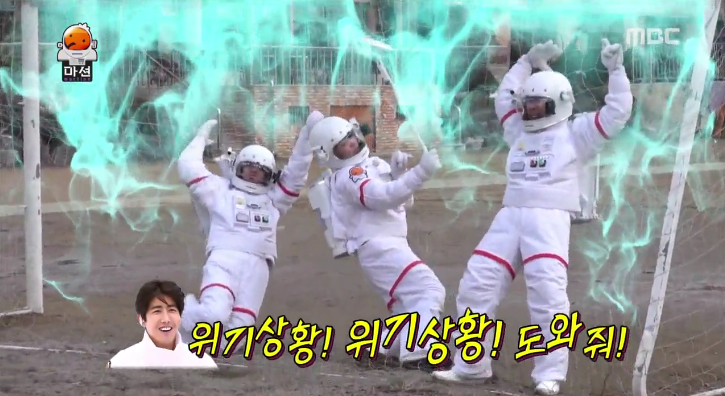 As they’re struggling and yelling for help, three children come up to them. “Martians!” Haha yells, and the other guys say to the kids, “Don’t come any closer!” 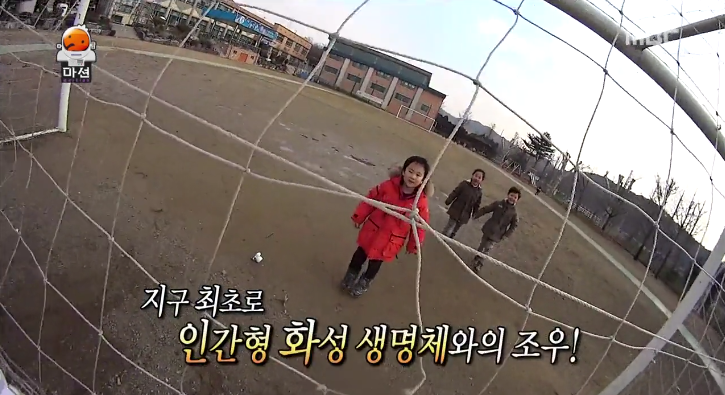 “Are you a martian?” Haha asks one of the children through the net. 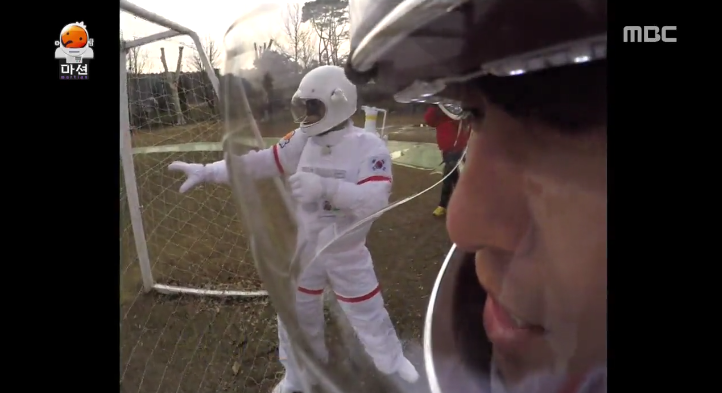 “No, I’m Jo Sung Duk from the kindergarten here,” replies the boy. 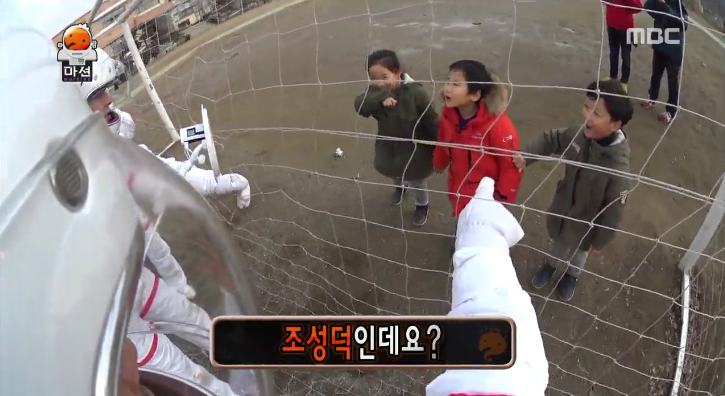 More of the kids come up to them, and the three explorers decide to escape. But Kwanghee gets his foot stuck in the net, and yells out for help. “No way!” says Haha. “Let’s get out of here!”

When the guys stop for a moment, the kids crowd around them and laugh, totally thrilled by their spacesuits. 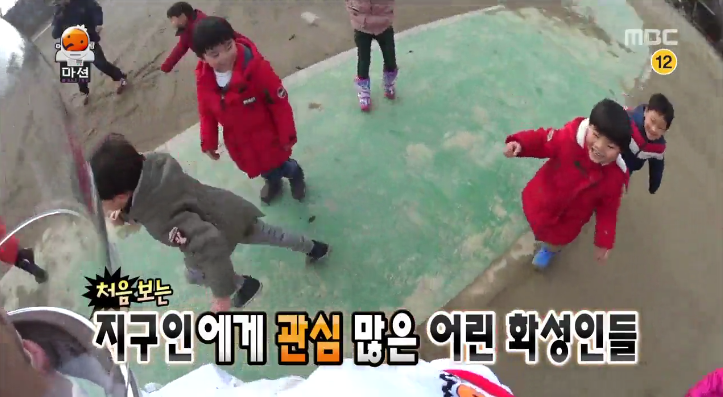 “The aliens keep poking me in my butt!” yells Haha. 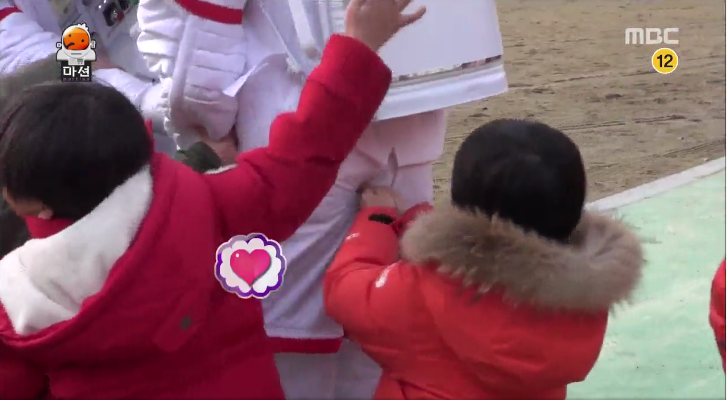 Somehow Shim Hyung Tak ends up on the ground, and a group of children gathers around him, trying to open his visor. When they slide it up, he cries out, “I can’t breathe!” 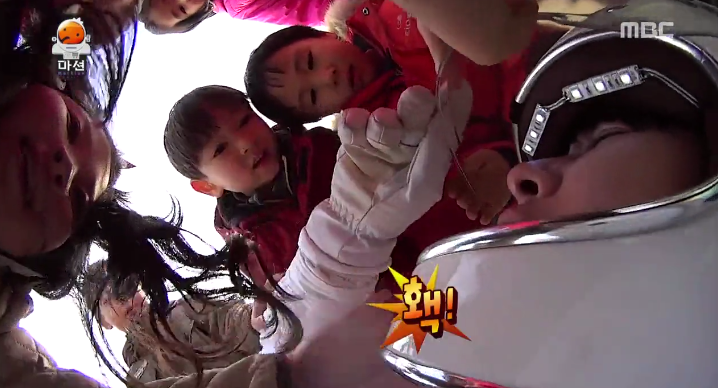 Thankfully in the end the explorers are saved from the Martians by their leader (or their teacher, depending on your point of view), who calls them all to line up. “Goodbye!” yells the first boy politely. 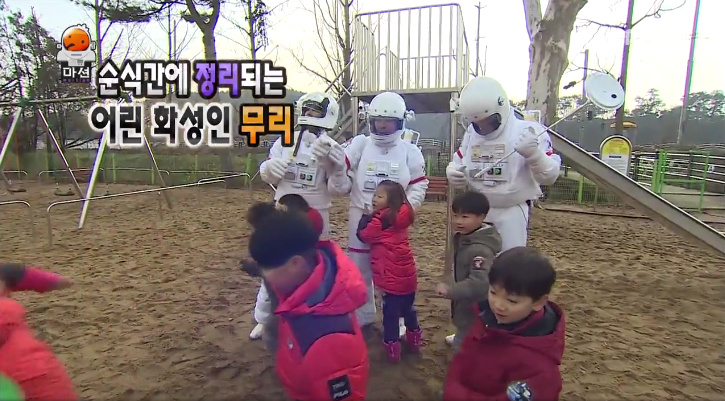 As the kids walk away, Shim Hyung Tak says, “Those were some scary Martians.” 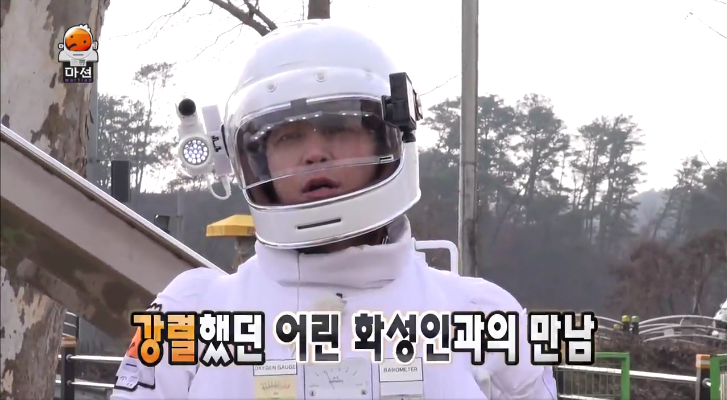 Check out out the clip below!