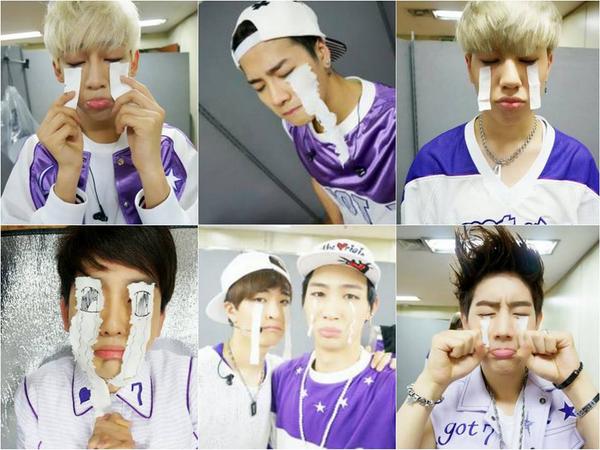 The 8 Emotional Stages of Ticketing for K-Pop Concerts

And even if you’re living in Korea and ticketing for a Korean concert, this has its own flurry of challenges — you’re probably sitting in a PC room, flanked by either a) teenagers playing League of Legends or b) fellow fans fighting for the same tickets you are, and you’ve got a whole different ticketing system and a language barrier to deal with. If you don’t have someone to help you out, you probably feel more than a little lost.

Coming fresh off of my latest ticketing endeavor (EXO North American tour, anyone?) and feeling deeply sympathetic with all who enlist in such struggles, read on to relive the emotional spectrum of ticketing, illustrated in the best way I know how: GIFs.

You’ve received some amazing news: your favorite group is having a concert!

The concert announcement immediately sparks fantastic daydreams of scoring VVIP tickets, sitting in the very front of the venue, making eye contact with your bias, getting pulled up on to the stage to be serenaded, meeting the idols afterward and taking selfies together…

But just as your dreams start really running wild…

…you see the ticket prices.

CONCERT TICKETS, Y U SO EXPENSIVE?!?!

The price may be steep, but…it’s not like you can just not go, right?

Such is the price of K-pop fandom.

Sure, it’s expensive — but how many chances are you going to have to see precious humans like these in person??

You might get one of those hearts pointed at you — and not just from a screen, but in person!

You might get to see your bias wearing an adorable costume, such as these fluffy panda hats!

Just ask anyone who saw INFINITE in Los Angeles. It was 100 percent worth it!

After assuring yourself that it’s worth it (because it obviously is!), you’ll do whatever it takes to get a ticket. Eyes on the prize, no turning back. Fire yourself up!

You tell yourself: You’ve got this.

And you totally believe it, until…

…until you realize what a cruel beast the internet can be. Because as swiftly as the internet can bring the good news of concert announcements, keep you up-to-date on all the latest happenings, and stream HD videos of your favorite idols, it can also boot you out of virtual waiting rooms, fail to refresh at just the right moment, or crash under the force of thousands of fans who are ALL ticketing at once.

So you panic. Maybe in a relatively contained manner…

Or maybe not so much…

“Tickets sell out in how many seconds? Not even minutes, but seconds??”

(Waver between steps 5 and 6 as necessary.)

As the minutes tick down to the ticketing time, a fiery burst of adrenaline prepares you for battle:

And when the clock finally strikes ticketing time, so commences a flurry of clicking and refreshing (perhaps more frenzied than the image below, perhaps not)…

You’re SO EXCITED to finally get a ticket and then… the website crashes.

THIS CANNOT BE HAPPENING.

After an epic fight, depending on the outcome of your ticket battle, you proceed to:

Perhaps the internet wasn’t on your side. Maybe you weren’t familiar with the ticketing website. Whatever the reason, you don’t end up with the seats you wanted, or you might even stumble out of the fray empty-handed.

Yes, it hurts. We understand your pain.

But if fortune smiles upon you, your efforts will be rewarded with:

Congratulations! You’ve got your desired tickets in your inbox, on their way to you in the mail, or waiting patiently at will-call for pickup.

With your tickets secured, you can now spend the next few weeks spazzing in gleeful anticipation for the concert to come!

Ticketing is a wild ride, but now you’ve conquered it… until the next concert, at least.

Soompiers, tell us about your K-pop ticketing experiences! Are you a ticketing pro?