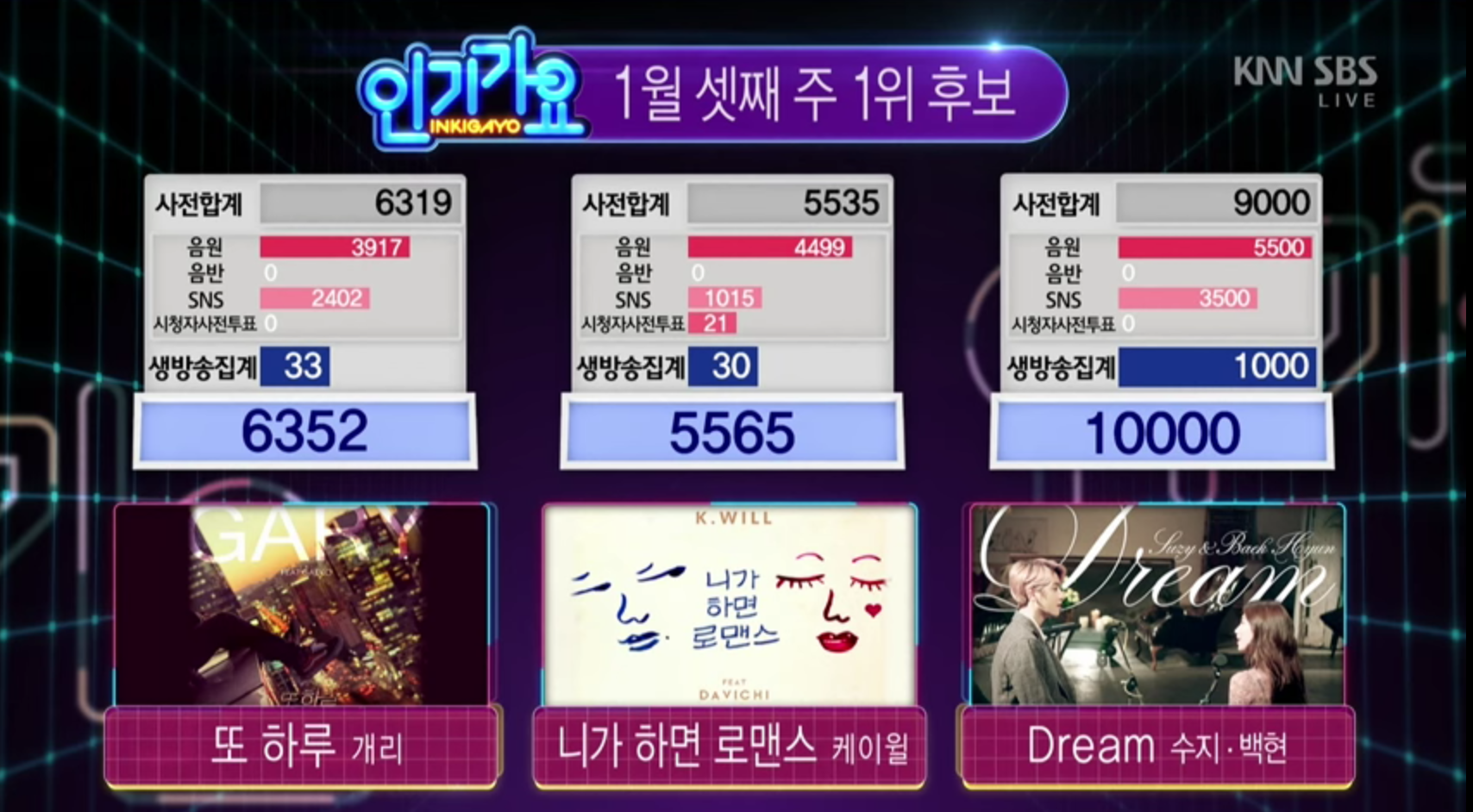 Suzy and Baekhyun Win No. 1 on “Inkigayo” With “Dream”; Performances by iKON, Lucky J, and More

Congratulations to miss A’s Suzy and EXO’s Baekhyun for their No. 1 win on the January 17 broadcast of “Inkigayo” with “Dream”! The duo was followed in second and third by Gary, with his latest release “Lonely Night,” and K.Will, with “You Call It Romance.”

The idol pair also won previously on the January 15 broadcast of “Music Bank.” As “Music Core” has gotten rid of its ranking system, this is an effective sweep of the main music shows, all the more impressive because Suzy and Baekhyun have not been promoting the song.

Gary made an appearance on the January 17 show to belatedly accept his “Inkigayo” win from last week for “Lonely Night.”

He said, “Thank you so much for this award. I’m so moved. It’s the first No. 1 award I’ve won in 10 years since ‘Ballerino’ in 2007. If the opportunity presents itself, I will make sure to perform on ‘Inkigayo.’”

EXO
Suzy
miss A
Inkigayo
Baekhyun
How does this article make you feel?