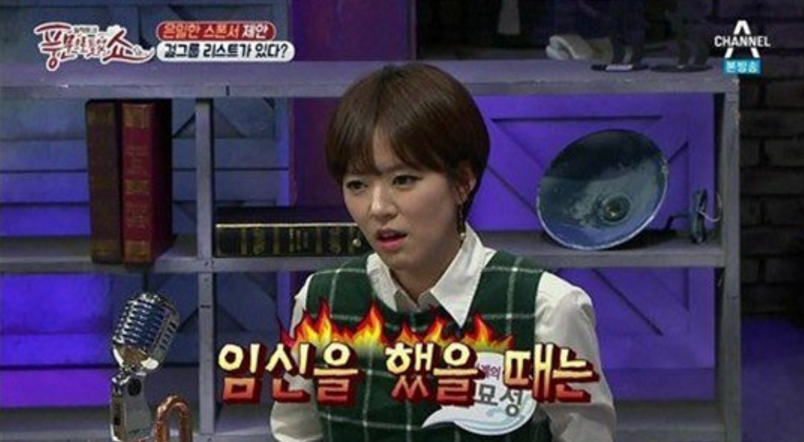 Sponsor lists include names of celebrities who are looking for sponsors. The word sponsor is a euphemism for rich and influential men that pay large amounts of money and provide support and backing for celebrities who provide sexual favors.

Reporter Kim Myo Sung stated, “I personally met a businessman that received offers to sponsor. He said he received a list of female stars that included girl groups. I saw the list myself and was shocked. They included different tiers (levels) and the prices next to their names.”

She continued, “People that many have heard of were in the top tier and the lower tier included less popular members in popular girl groups.” 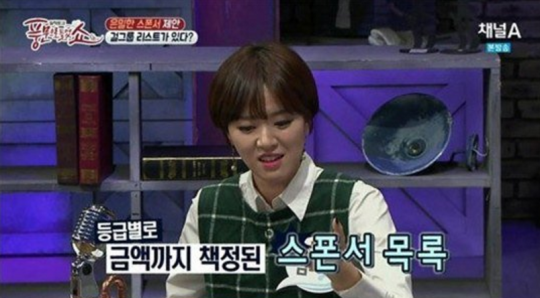 Furthermore, Kim Myo Sung revealed the shocking “pregnancy management clause” in sponsor contracts. She explained, “When they get pregnant, they always take care of it (get an abortion) outside of the country. Also, separate expenses for it are included.” 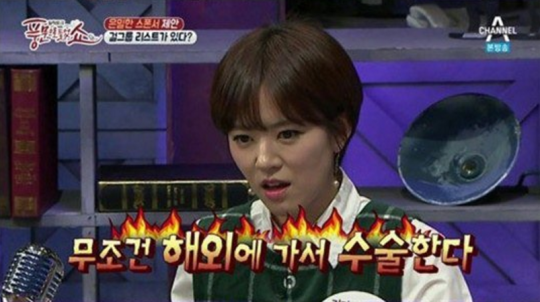 The dark side of the entertainment industry is a hidden, but known truth. More recently, Tahiti’s Jisoo revealed receiving unwanted sponsorship offers.

What are your thoughts on these sponsor lists?

sponsor
Heard It Through the Grapevine (Show)
How does this article make you feel?