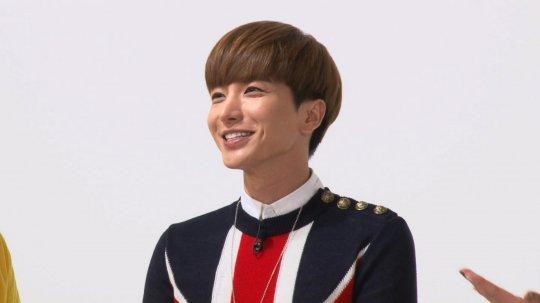 Super Junior’s leader Leeteuk will appear as the special MC for the January 20 broadcast of “Weekly Idol” and on the show he reveals that the secret behind his group’s longevity is setting certain taboos.

As befitting his title as “Idol MC,” he reportedly led the show skilfully with his emceeing and variety skills. The guests for the episode are Dal Shabet, who recently came back as four members with “Someone Like U.” Leeteuk had some words of advice for them as Super Junior heads into their 11th year.

“There are things that should never be said between members,” he advises Dal Shabet, who are heading into their sixth year together. To leader Serri he says, “The leader should listen well to the other members. So even I’m always wary around maknae Kyuhyun.”

Super Junior
Leeteuk
Weekly Idol
How does this article make you feel?