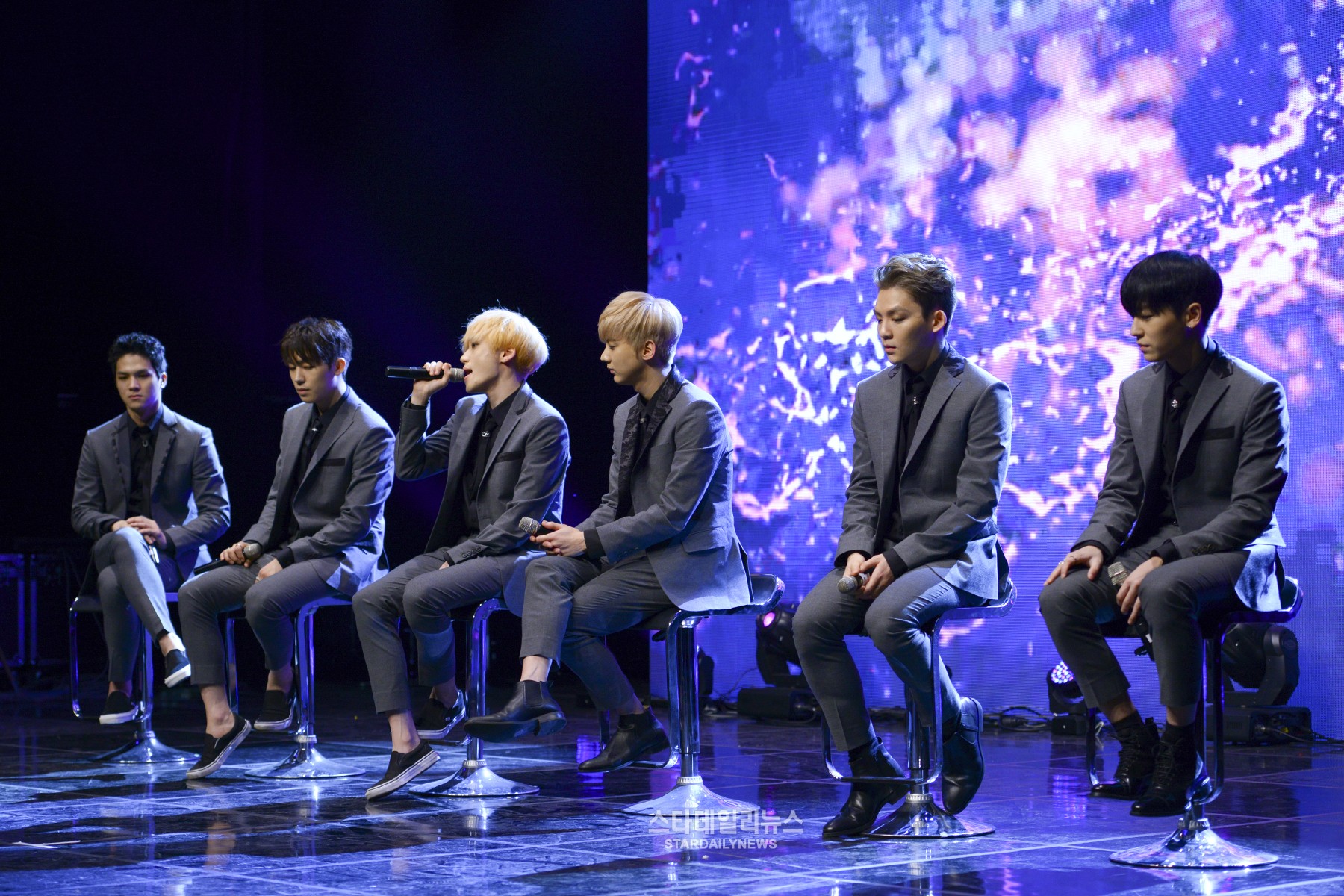 Teen Top Open Up About Hiatus Activities at Album Showcase

On January 18, Teen Top held a showcase at the Ilchi Art Hall for their latest mini-album “Red Point.”

“While we took a break from domestic activities, we were abroad,” member Chunji said about the group’s six-month hiatus. “I did a musical while Ricky, L.Joe, and Niel filmed Chinese variety appearances.”

“We also promote in Japan a lot,” he added. “Right now I think our popularity is greatest in Japan.”

Members C.A.P and Changjo also kept busy, if not as up and about as their bandmates. “We just stayed in the basement and composed songs,” they said.

“The title track ’Warning Sign’ is about a girl who changes her mind,” Changjo explained. “The album also contains songs composed by the members, so please listen to it well.”

Composed by the team behind Justin Bieber’s “One Less Lonely Girl” and EXO’s “Growl,” ‘Warning Sign’ is an urban R&B dance track that highlights Teen Top’s unique style and emotion.

Support the artist by buying Red Point from YesAsia

Star Daily News
Teen Top
How does this article make you feel?