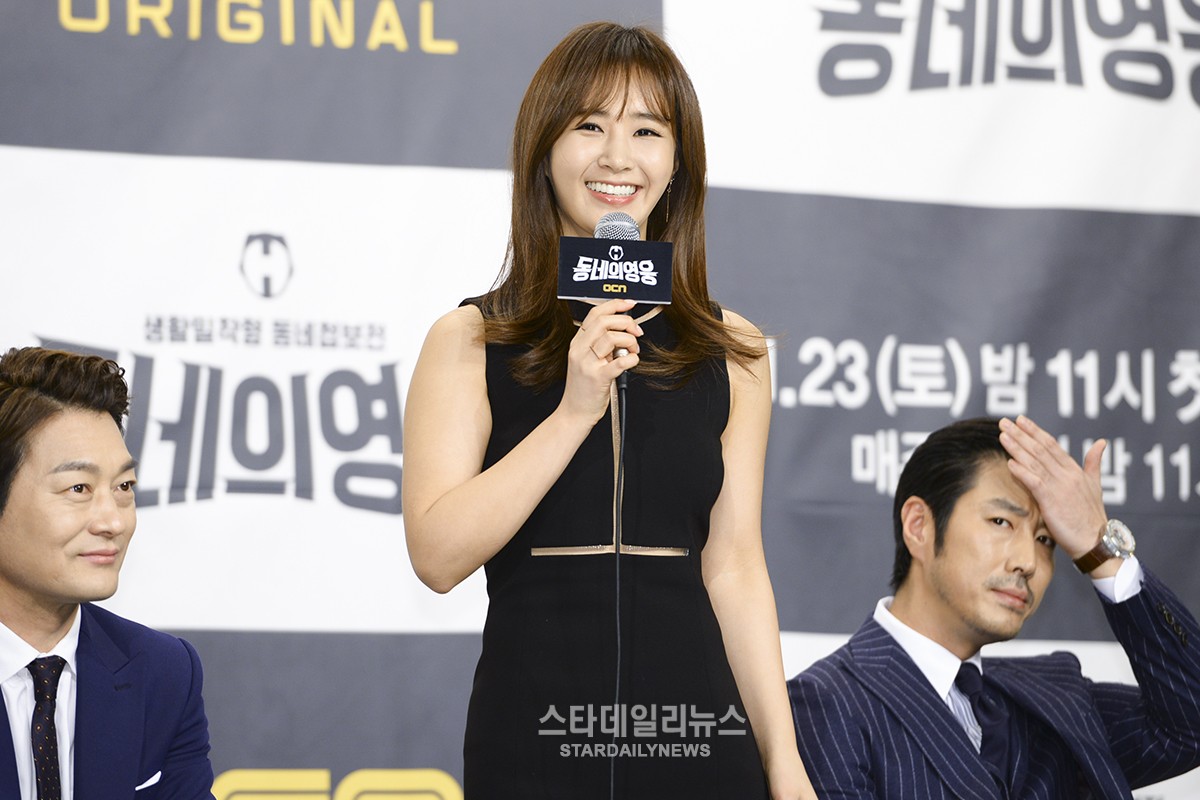 Girls’ Generation‘s Yuri has opened up about her intimate first shoot with Park Shi Hoo for the drama “Neighborhood Hero.”

On January 19, the main cast of the upcoming OCN weekend drama met with reporters for a press conference.

Yuri shared, “I was flustered to find out that our first scene together would be a kiss scene. Plus, I was told that Park Shi Hoo would have a kiss scene with Choi Yoon So after we finished filming. I didn’t feel too good about that.” She went on to compliment Park Shi Hoo and his witty character, “It was sometimes hard to focus on the filming because he was so funny. I had a lot of fun.”