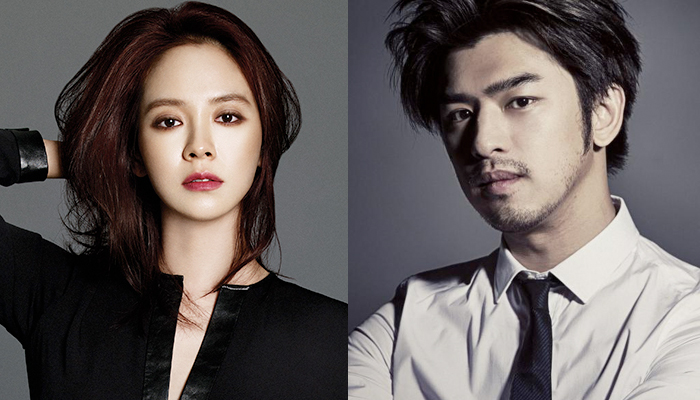 Actress Song Ji Hyo and Taiwanese actor Chen Bo Lin will become a virtual couple on the Chinese version of the popular show “We Got Married,” entitled “We Are in Love”!

According to an industry source on January 19, Song Ji Hyo and Chen Bo Lin will be starting filming next week in Seoul for the second season of the show. “We Are in Love” will be filming all its footage in advance of the season’s premiere, which is expected to be aired in China in mid-April.

The show, which follows a format similar to MBC’s “We Got Married,” featured the virtual couple Choi Siwon and top model Liu Wen in its first season last year, and topped the ratings list of programs in its time slot.

Chen Bo Lin took his first lead role in 2002 in the film “Blue Gate Crossing.” He later went on to earn the Best Leading Actor in a Television Series award at the 47th Golden Bell Awards for his 2011 performance in the Taiwanese drama “In Time With You.” In June of 2015, Chen Bo Lin signed to the Korean agency BM Plus Entertainment, which also houses talent such as actress Ha Ji Won.

Song Ji Hyo meanwhile is already extremely popular in China due to her regular starring role in the hit variety show “Running Man,” as well as her popular dramas.

What do you think of this match between Song Ji Hyo and Chen Bo Lin?

Song Ji Hyo
We Are in Love
Chen Bo Lin
We Got Married
How does this article make you feel?