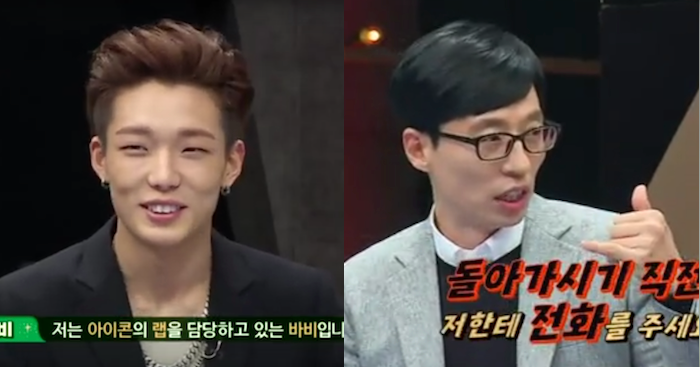 While guesting on January 19’s episode of the show along with fellow iKON members Donghyuk and Junhoe, Bobby is asked to show everyone his impressive abs. 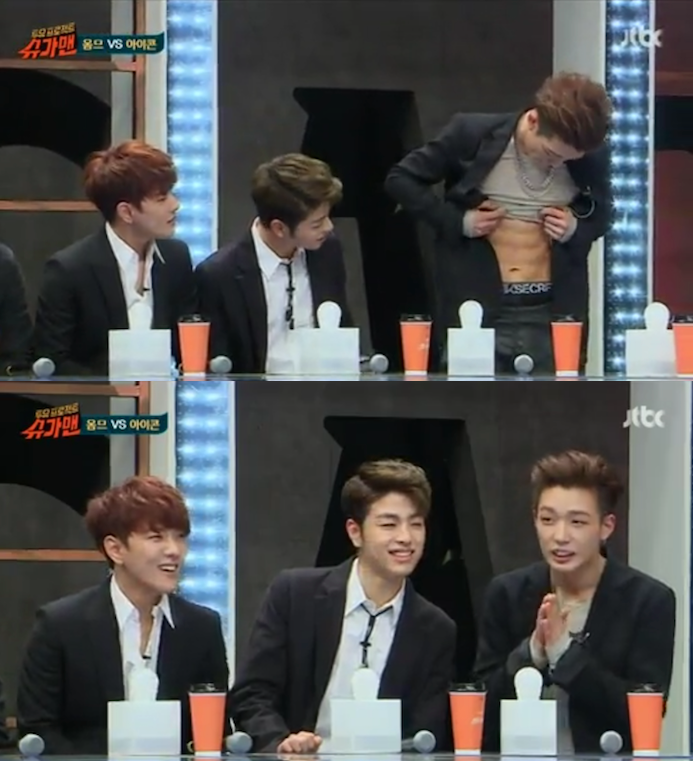 After Bobby thrills all the female members of the audience by showing them how fit he is, Kim Li Na says, “The person whose abs I most want to see is Yoo Jae Suk.” 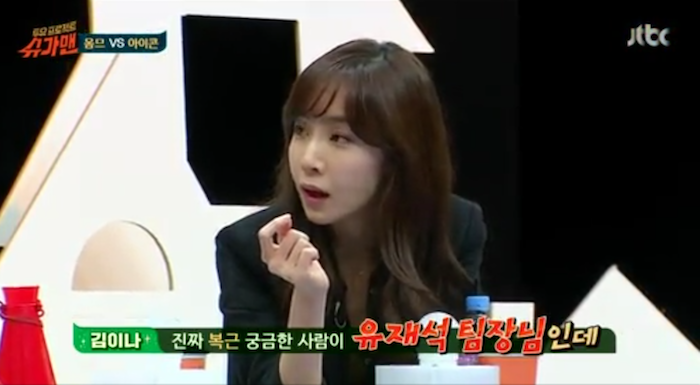 Everyone laughs and cheers, but Yoo Jae Suk says, “I don’t have any abs!” 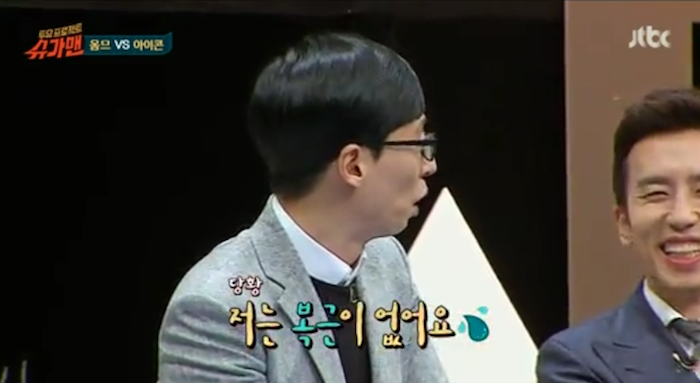 The audience starts chanting “Show us!” and Yoo Jae Suk replies, “When I have them, I’ll show you!”

Yoo Hee Yeol stands up and says to the audience, “Hold on, I really don’t want to see his abs!” 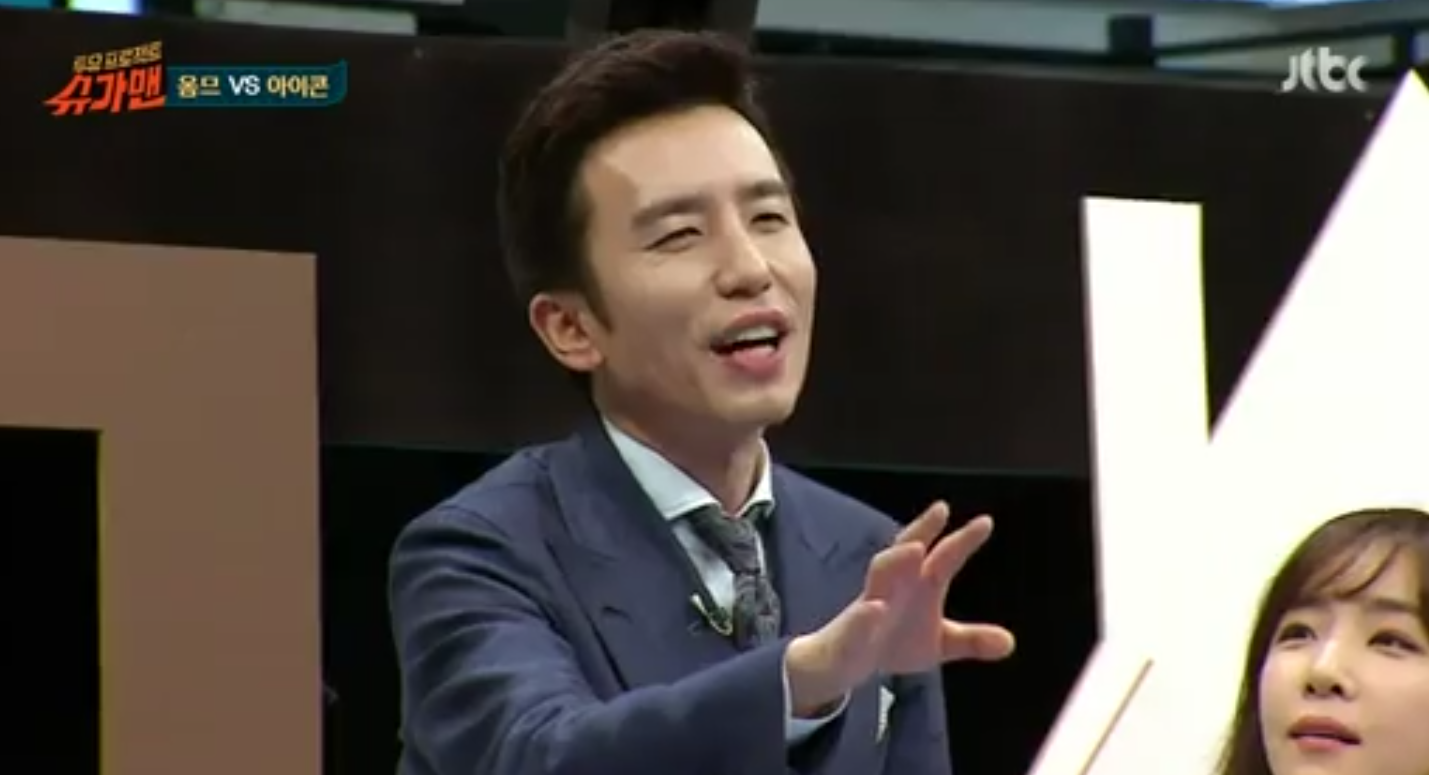 “Do you think I’ll be able to see them on TV before I die?” asks Kim Li Na.

“Give me a call right before you die,” jokes Yoo Jae Suk. 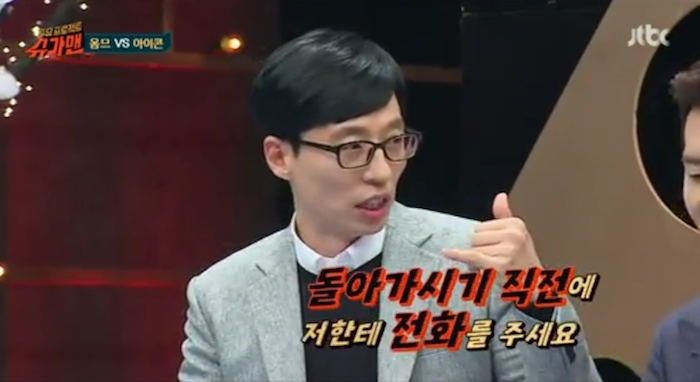