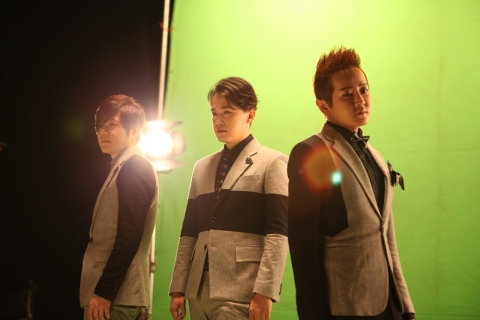 Jay Yoon of the group MC the Max came forward to explain and apologize about a rumor regarding the members not getting along. Their agency Music & New also denied the rumor.

On January 19, Jay Yoon posted a comment on his Instagram saying, “At a time of the year when we should be focusing on good and positive things to come, we apologize for dragging things out and having our fans guess about how we’re doing.”

In the previously released track list of their upcoming eighth album, “Pathos,” the songs written by Jay Yoon were not included. The fans have been speculating if this means that there is yet another conflict among the members.

Last January, Jay Yoon had expressed his dissatisfaction on Twitter toward his fellow member Lee Soo’s appearance on MBC’s “I Am a Singer.”

About the incident, Jay Yoon apologized saying, in sum, “I apologize once again of the pain I caused our fans a year ago. We’re still not the same. We’re human and we’ve spent time a long time together. Thus it’s taking a long time for our wounds to heal as well. If we were a business group from get-go, we would’ve made up long ago.”

He added, “I sincerely apologize for not having made up our differences yet. Our relationship is still a bit awkward, but we’re working on it. Please be patient with us and be watchful.”

Their agency Music & New representative commented, “We did review about two to three songs written by Jay Yoon. But they didn’t fit the album concept, so we decided to use them in future albums. Jay Yoon agreed to do so as well. That’s why Jay Yoon posted his thoughts on his Instagram to explain the situation.”

MC the Max’s eighth album, “Pathos,” will be released on various online music sites on January 28.

Jay Yoon
MC the Max
How does this article make you feel?