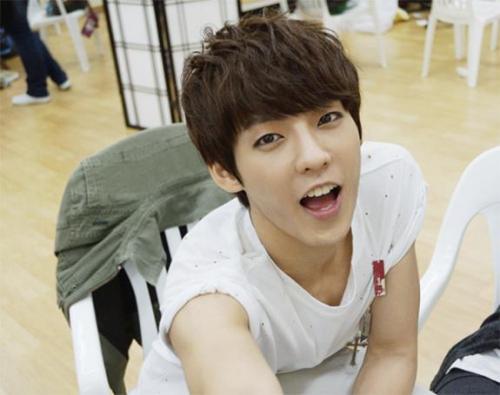 Though BTOB’s Minhyuk is known for being athletic, few realized how talented he is until the “2016 Idol Star Athletics Championships.”

It has been revealed by various fans and sources that during filming for the show, which will air during the upcoming Lunar New Year, Minhyuk’s record for the 60 meter dash was 6’40 seconds. This is significantly less than ZE:A’s Kim Dong Jun’s 7’34 seconds, which was previously the best time in the history of the Idol Star Athletics Championships.

More important, however, is that Minhyuk’s record is only 0’01 seconds behind the world record for the 60 meter dash, which is Maurice Greene’s 6’39 seconds.

This isn’t the first time Minhyuk has wowed fans with his athletic talents. Previously, when starring on “Dream Team,” he easily surpassed Jo Sung Mo’s vaulting record of 2 meters 75 centimeters, which had been the highest record for the past 12 years.

Looks like we’ll have to check out the broadcast when it airs to see his amazing athleticism for ourselves!