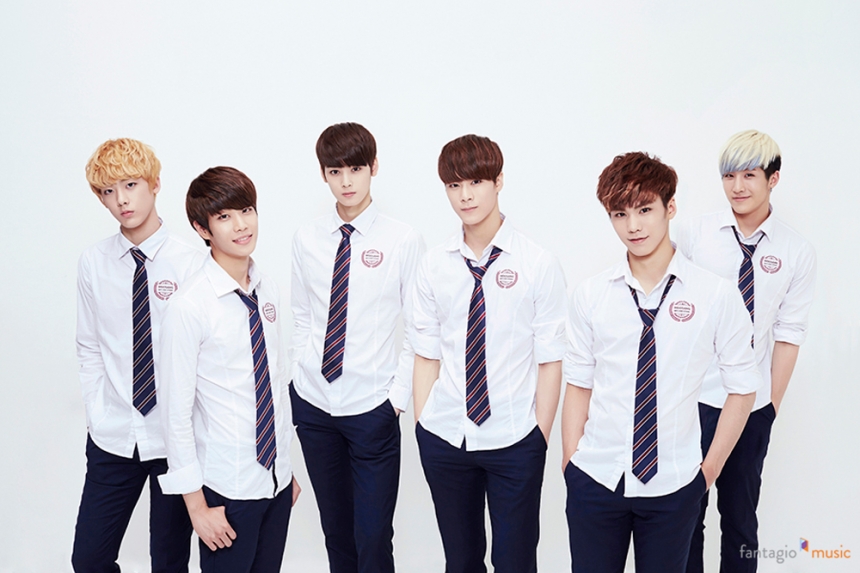 A new boy group is coming to town! Fantagio Music announced that they will be debuting their newest group ASTRO on February 23 with a mini album and full-scale promotions.

ASTRO consists of six members Yoon Sanha, MJ, Cha Eunwoo, Moon Bin, Rocky, and Jinjin. The name “ASTRO” comes from the Spanish word for “star.” It represents the members’ wish to dream with the people they love, and become a shining star with them.

Since last year ASTRO has been active in pre-debut promotions. Through their promotions they were able to differentiate themselves from other idols, build a solid fandom, and advertise their talents.

The artists first met fans through the web-drama “To Be Continued,” and also toured around the country, visiting 14 places. The singers promised to meet their fans every month if they earned over 10,000 friends on KakaoTalk through the “Meet U” project. Through “This Month’s Date” ASTRO has already met 1,800 fans.

On January 21, ASTRO will begin airing their reality show “OK! Preparations Finished” on MBC Music. On February 23, they will be meeting 1,600 fans at the Children’s Park Wapop Hall to celebrate their debut.

Fantagio commented that they are doing their best to prepare for a “perfect and cool” performance that will reward fans for anticipating the group through their pre-debut activities, such as their reality program. They asked for fans to please anticipate their debut, and to support them in their upcoming endeavors.

ASTRO
Fantagio
How does this article make you feel?