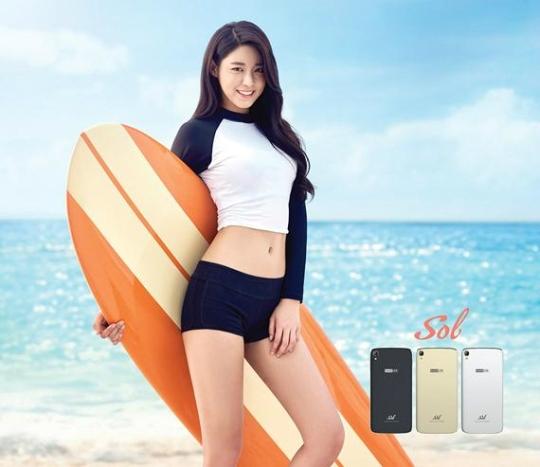 Watch: AOA’s Seolhyun Gets Seriously Sexy in Commercial for Sol

AOA’s Seolhyun‘s newest CF has been released, and it’s positively sizzling with sexiness!

The advertisement for SK Telecom’s latest smartphone Sol, and uses the motif of the sun throughout the commercial. The commercial begins with Seolhyun on a sunlit beach, running towards the waves and diving into the ocean. She is also seen happily surfing through the waves. To fit with the surfing motif, Seolhyun was outfitted in rash guard and hot pants, bringing emphasis to her figure. Many commented on her fit physique noting that “As expected of next generation sexy-star Seolhyun.”

An opposite version of the ad titled “Luna” was also released for the sister phone of Sol named Luna. The ad features Seolhyun cooly dancing in front of a backdrop of the moon, contrasting against the summery image portrayed in the other commerical.

If you haven’t seen the ads yet, watch them below and let us know what you think!