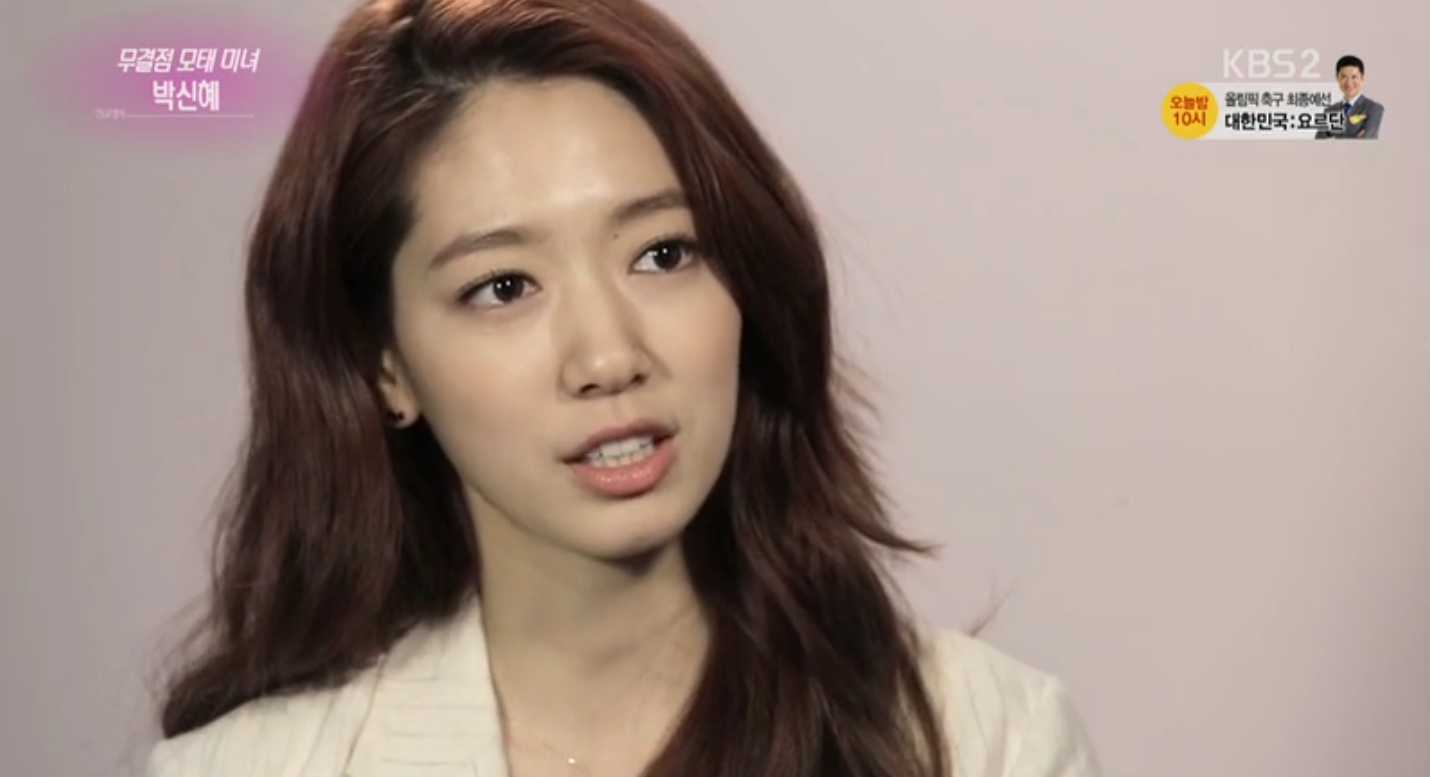 Park Shin Hye has shared some advice with other actors who are getting their start in the industry at a young age.

The actress made her debut at the age of 13 when she appeared as the younger version of Choi Ji Woo’s character in the popular drama “Stairway to Heaven.” She has since become a top star, taking the lead role in hit dramas such as “Pinocchio,” “Heirs,” “Heartstrings,” and “You’re Beautiful.”

On January 23’s episode of “Entertainment Weekly,” Park Shin Hye sits down for an interview while filming a jewellery advertisement. The interviewer asks her if it feels like time has flown by during her fourteen-year career.

“I think it’s going by at a suitable pace,” she says. “There are some things I regret, and some things I’m pleased with. Because there’s such a good balance, it stays fun.”

“What would you say to someone who debuts at a young age?” asks the interviewer.

“Enjoy your life,” she replies. “Honestly, I feel like the way I lived during my teen years has decided how I’ll live during my twenties and thirties. So meet your friends a lot, and travel with your parents.” 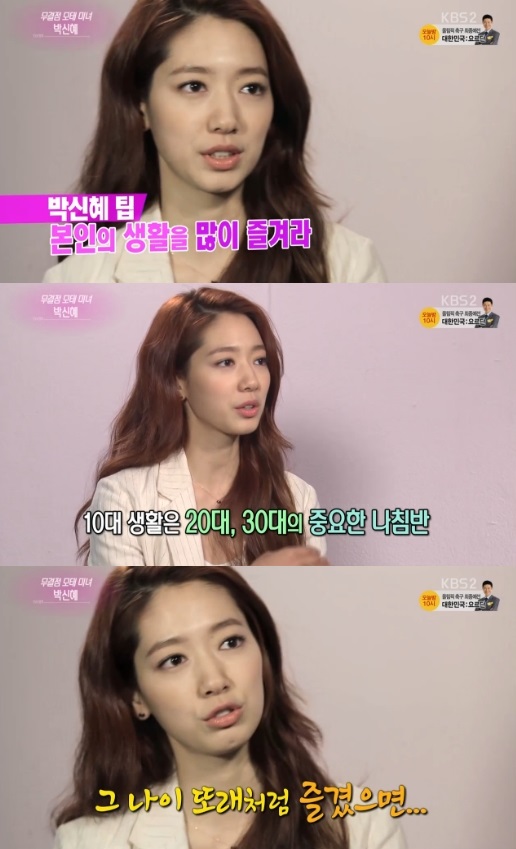 You can check out more of Park Shin Hye in January 23’s episode of KBS‘s “Entertainment Weekly.”