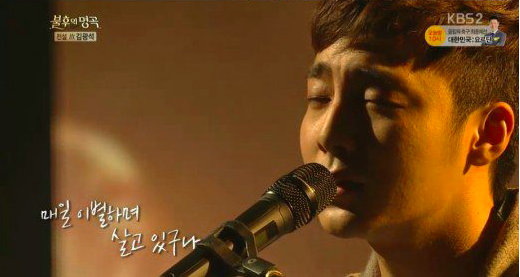 Roy Kim, who is called the “second Kim Kwang Seok,” performed an emotional cover of “Around 30” on the latest episode of “Immortal Songs.”

The January 23 broadcast honored the 20th anniversary of Kim Kwang Seok’s death. Kim Kwang Seok was a folk singer born in 1964 who was responsible for classics like “Around Thirty” and “Letter from a Private” before committing suicide in January 1996. 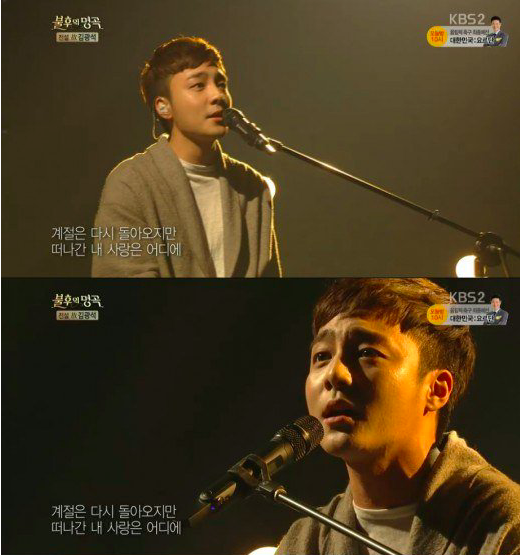 The episode was also Roy Kim’s first appearance on the show. “I don’t like appearing on music competitions anymore, but my grandmother really likes ‘Immortal Songs,’” he said. “So I thought about appearing, and eventually decided to appear on the Kim Kwang Seok episode.”

Roy Kim is called “Little Kim Kwang Seok” for his emotional vocals and songs. “I think he and I are linked by fate,” he said. “When I was young, the very first song I heard was his song. If my songs have any of his color, then I’m grateful.”

The song he chose to sing was “Around 30.” Although acknowledging that he looked older than his years, he said, “People ask me if I’m around 30, but I’m not.” (The singer will turn 23 this year.)

Listen to his beautiful cover below:

Roy Kim
Immortal Songs
How does this article make you feel?