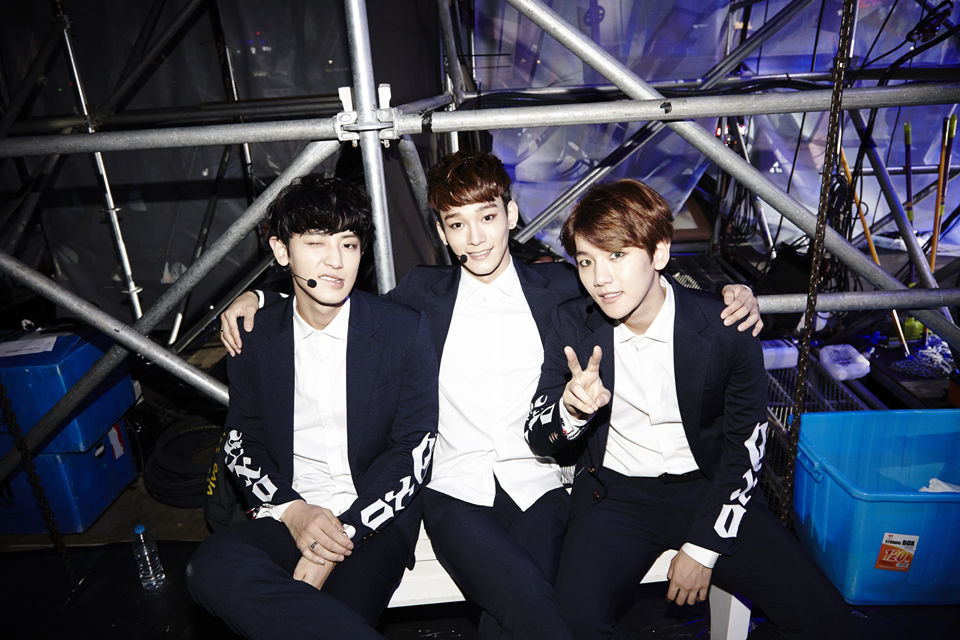 In K-pop lingo, an idol with “beagle ability,” or a “beagle-dol,” is an idol who is loud, boisterous, and can’t sit still for even a moment. “Beagles” are always being noisy, playing around, and causing mischief.

While many idols qualify as “beagles,” three members of EXO are so beagle-y that they have been affectionately dubbed “the beagle line,” including “happy virus” Chanyeol:

And the dinosaur with the emoticon smile, Chen:

Chanyeol, Baekhyun, and Chen are all part of the ’92 line. Aren’t they some of the cutest beagles you’ve ever seen? 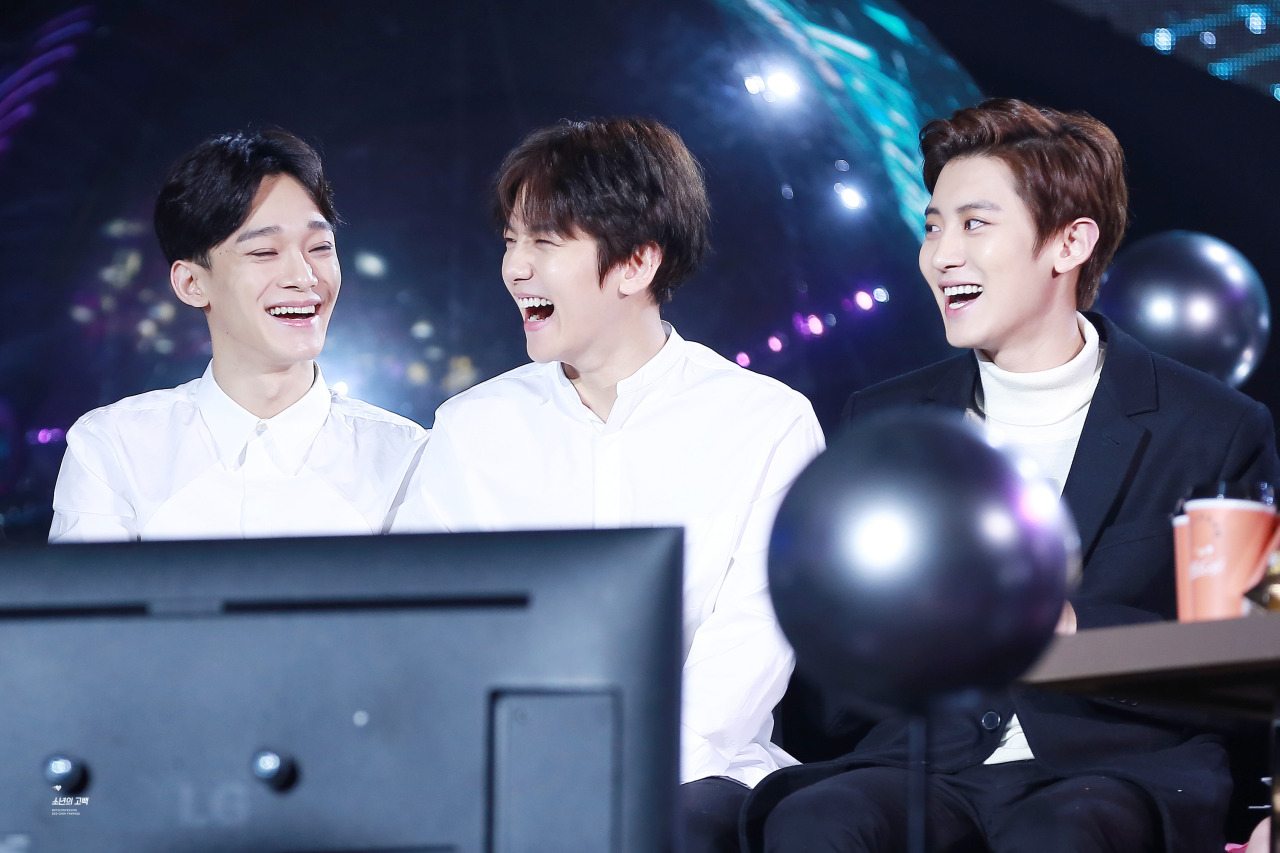 In no particular order, here a just a few of the EXO beagle line’s beagliest moments:

1. The Beagle Line on “Hello Counselor”

Last spring, the beagle line members were special guests on “Hello Counselor,” along with Joy and Yeri from Red Velvet. Jeong Chan Wu from Cultwo asked Baekhyun to demonstrate his “autobike acting” (i.e., imitating the sound of an autobike speeding by). Baekhyun’s fellow beagles played along well, resulting in this beagle-y moment:

Watch the introduction of the show here, which includes the beagle line showing off their singing and dancing skills (and dancing along excitedly to Red Velvet’s “Ice Cream Cake”):

Remember the time when the beagle line + Kai donned their football uniforms from “Love Me Right” and (kind of) played football on their way in to “Music Bank”?

To his embarrassment, a certain beagle couldn’t catch the ball very well… Watch the full video below!

Let’s not forget this moment during the filming for a Lotte Duty Free CF, when Chanyeol tied a ribbon around Chen’s neck and Chen pranced around like, well, a beagle:

4. Beagles in Time Out

On episode 9 of “EXO’s Showtime,” the members played a game to see who could stay quiet for the longest period of time, which caused great suffering to the beagle line: 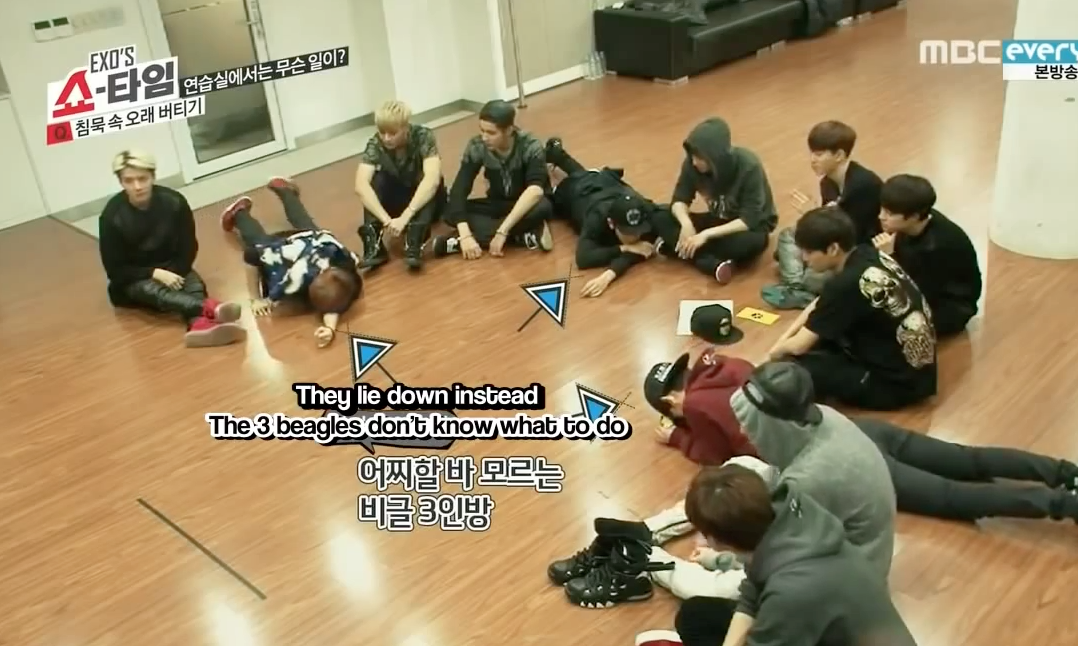 TL;DR: Chanyeol, Baekhyun, and Chen are three of the beagliest beagles to ever beagle.

Soompiers, who is your favorite member of EXO’s beagle line? Which other idols would you consider to be “beagles”?