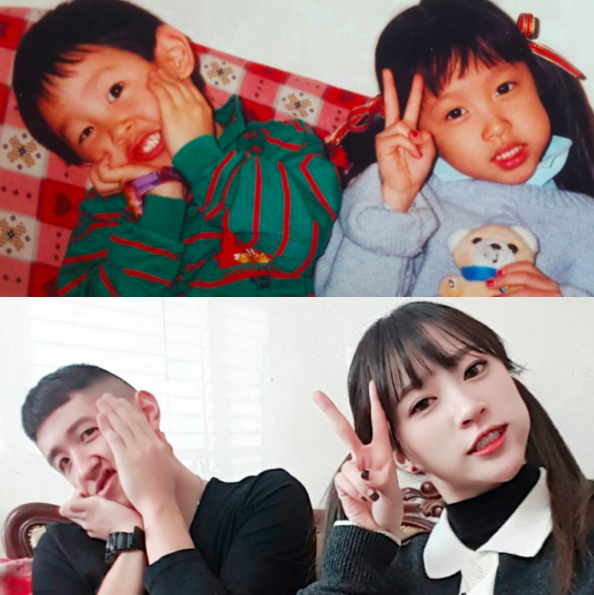 EXID‘s Hani recently delighted fans by sharing a baby photo with her brother on her Instagram account.

On January 24, Hani uploaded the original childhood photo alongside a more recent photo, in which they recreated their poses. Along with the photo, she added the caption, “Even as time and tide goes by, you and I never change :).”

The new photo is almost a perfect replica of the original, down to the ribbons in Hani’s pigtails and her brother’s hilarious expression. Hani previously showed off her brother on her Instagram account, and their resemblance is pretty astounding.

Meanwhile, Hani’s brother is currently taking a leave of absence from university to serve in the Marine Corps. The two siblings are set to appear on the pilot episode of KBS2 TV‘s new show “We’re Siblings” (working title), which will air over the Lunar New Year holiday.