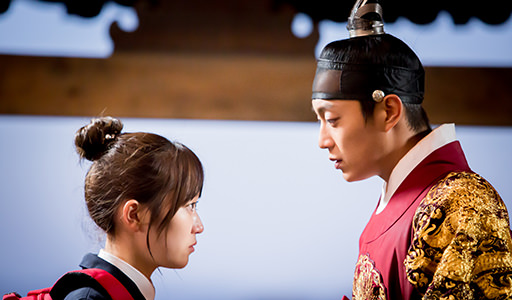 Kim Seul Gi has reflected back on her recent drama “Splash Splash Love” and revealed what she would have done if she were in the main character’s shoes.

In a recent interview with Yonhap News, Kim Seul Gi says, “I think I’d choose to live a more luxurious life in Joseon.”

“I think I’d do my parents wrong by chasing after my own happiness,” she adds. “Though it is impossible to choose between my parents and partner, picking a good partner is very important to me. My partner is someone I can choose to be my family and will be with me during my last breath.”

In the drama, however, Kim Seul Gi’s character disobeys the orders of Lee Do (played by Yoon Doo Joon) to stay by his side as long as the sun rises and falls and returns to her world. Thankfully for upset fans, the drama ends with the two reuniting in a bus.

“In the original script, my character attends college prep classes, and Lee Do reappears as the math teacher,” Kim Seul Gi reveals. “However, our schedule was so tight, and we ended up not being able to film that part.”

Meanwhile, Kim Seul Gi also reveals the extreme measures she had to take for the drama. Though she has a skin allergy caused by tangerines, oranges, and grapefruit, she had to eat a tangerine for one scene. Because tangerines are documented to be so rare back in the days that kings would secretly give them to their favorite servants, there was no other replacement for the fruit. Kim Seul Gi powered through the scene while taking medication for her allergy.

“The pride for my drama erases all the memories of the hardships I encountered while filming,” she comments.

What would you have done in Kim Seul Gi’s character’s shoes?

Splash Splash LOVE
Kim Seul Gi
How does this article make you feel?