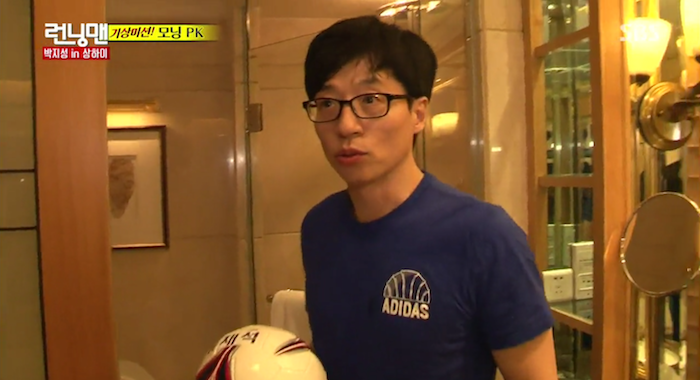 On the latest episode of “Running Man,” the members are woken up in their hotel rooms in Shanghai with a mission that gives Yoo Jae Suk a chance to show off his clever hiding skills.

As the group is staying in Shanghai to take part in a soccer match, a soccer ball is placed in each member’s room. They are then woken up by a taped message from soccer player Park Ji Sung, who tells them that they must steal a ball from another cast member’s room and score a goal with it in the net outside their hotel. Since the winners and losers are determined by whose ball makes it into the net first, they have to try to hide their own ball from the other members. 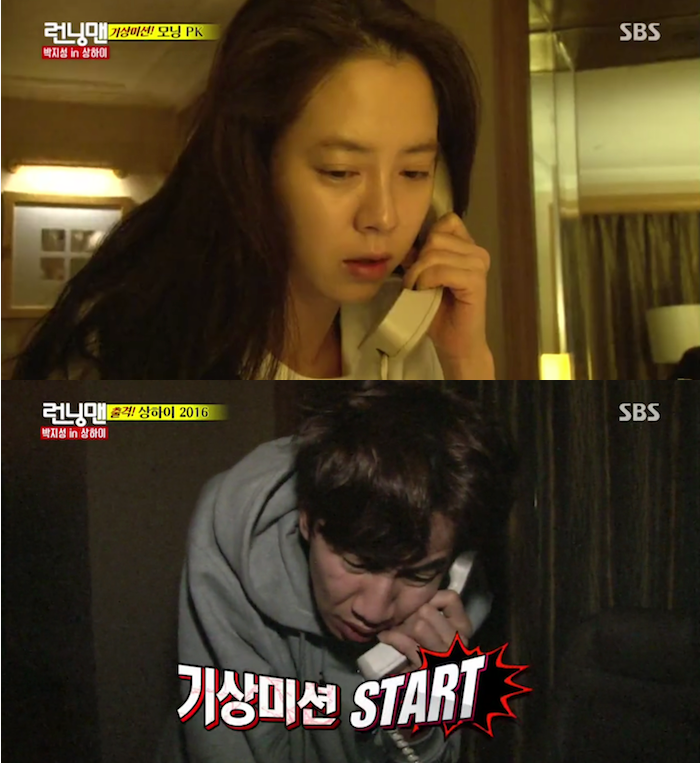 Although most of the members hide their soccer balls behind the curtains in their rooms, Yoo Jae Suk gets a bit more creative. He climbs up onto the bathtub, and finds an opening in the ceiling. 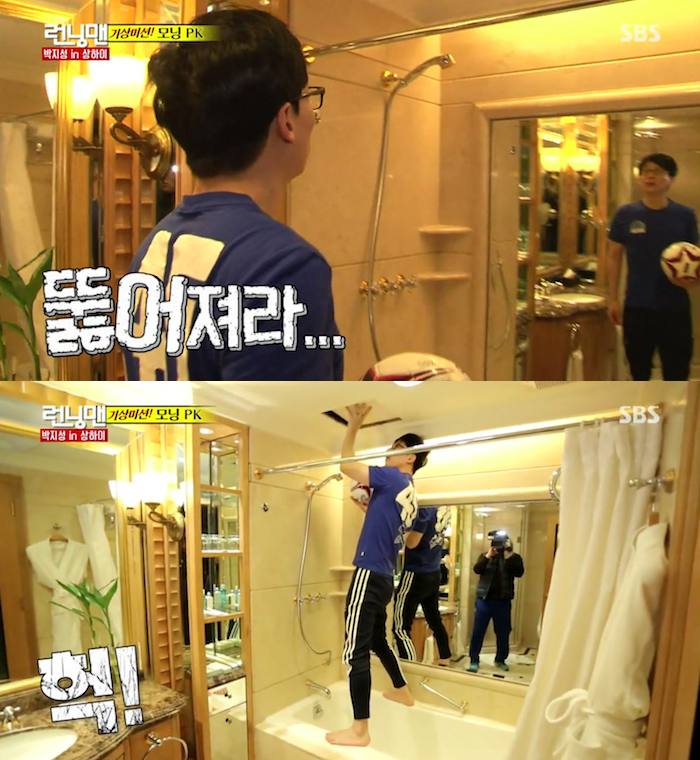 After he slips the ball into the ceiling and closes the opening again, he jumps down off the bathtub with a huge grin on his face. 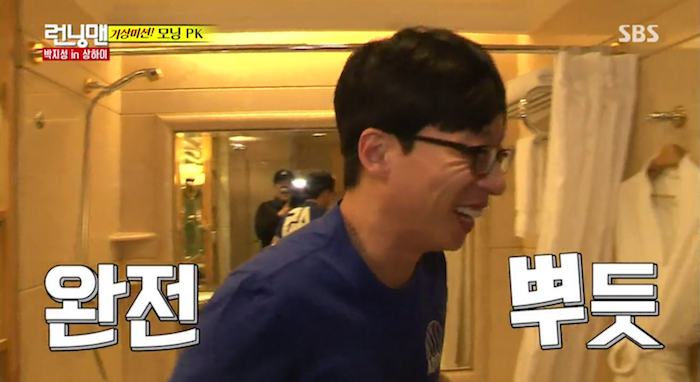 See if his ball gets found by the other members by watching January 24’s episode of “Running Man” below!