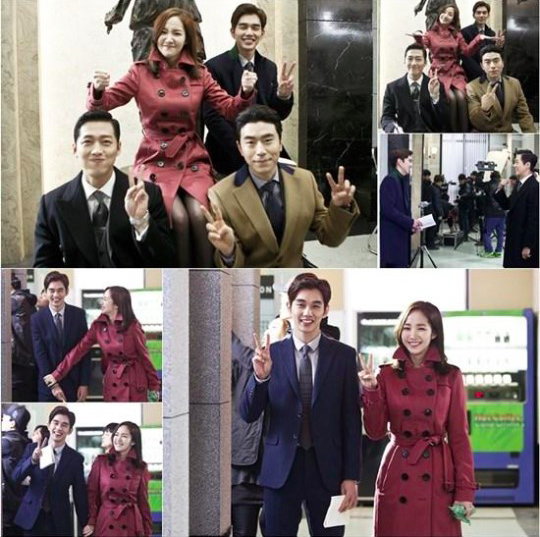 Cast of “Remember” Shows Off Chemistry in Behind-the-Scenes Photos

The four actors are starring in the SBS drama “Remember.” Yoo Seung Ho and Park Min Young both play lawyers, while the other two play high-profile businessmen who are involved in the case. However, the pictures show none of the characters’ tension. Instead, all four actors are smiling brightly and playing around with one another.

A Logos Film representative said, “The chemistry between the actors is growing every day. The atmosphere on set is as good as the ratings. Please tune in as Jin Woo [Yoo Seung Ho’s character] faces the possibility of losing his memory as he tries to uncover the Gyu Man’s sins [Nam Goong Min’s character].”