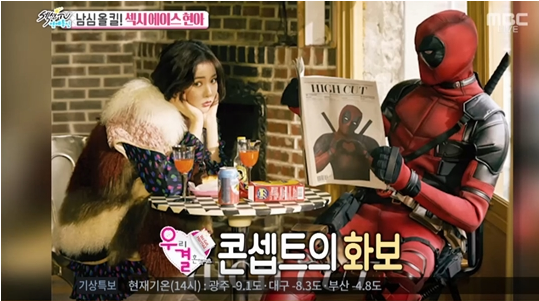 “Section TV” Goes Behind the Scenes of HyunA’s Deadpool Pictorial

HyunA appeared on the January 24 broadcast of MBC’s “Section TV Entertainment Relay” to share her thoughts on the photo shoot and on being a “sexy icon” around the nation. 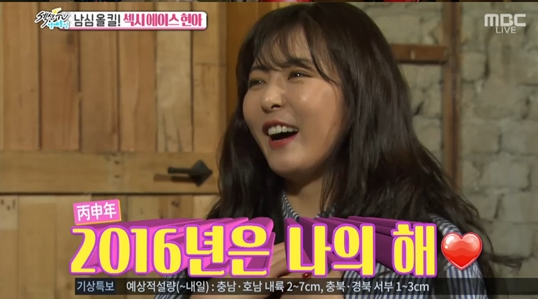 “Deadpool is a hero that you want to love,” she said. When the reporter pointed out that both she and Deadpool have the color red in common, she answered, “That’s right. I really like the color red, and because it’s the Year of the Red Monkey, it’s my year.” 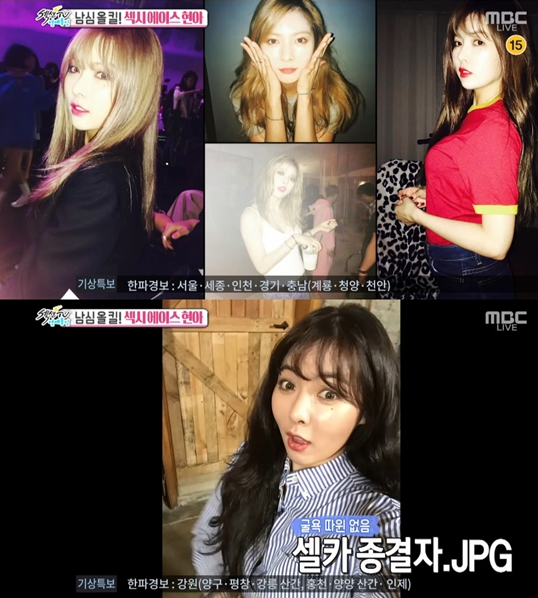 HyunA also revealed her tips for taking a good picture. “I usually use the flash. Plus, you have to find the angle that’s right for you.” 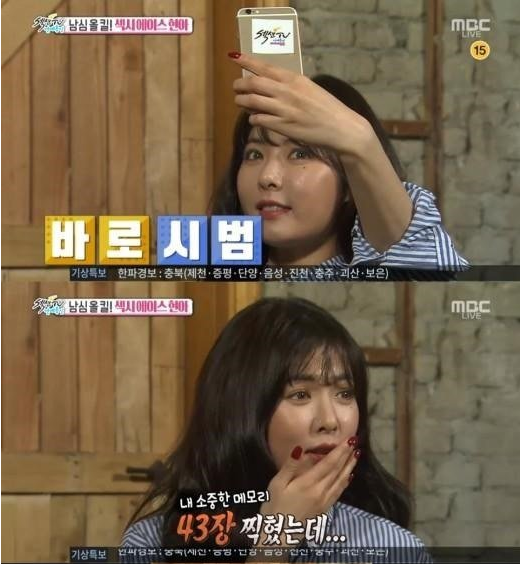