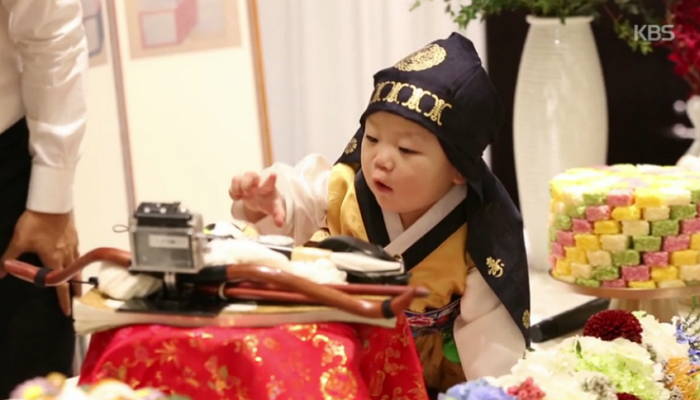 KBS2’s “The Return of Superman” producer Kang Bong Kyu, during his interview with Donga, talks about Lee Dong Gook’s son, the saintly Daebak, and the reason for Daebak’s popularity being that Daebak is often like a “child who has already grown up.”

He says that Daebak is such a calm child that “even his own mother was like ‘I don’t know how such a child was born.’ When we observe him, it’s not only that he is calm, but there are even times when his expressions and glances seem like an older child’s.”

Producer Kang Bong Kyu explains that “also, I don’t know if you could express it as being quick-witted, but often his actions show an understanding of the situation around him. When Daebak can finally speak, there are a lot of things I want to ask him.” He adds, “there are times when Daebak’s actions or expressions seem like he is sending us a message. We showcase these supposed messages as best we can through our captions.”

The Return of Superman
Daebak
How does this article make you feel?