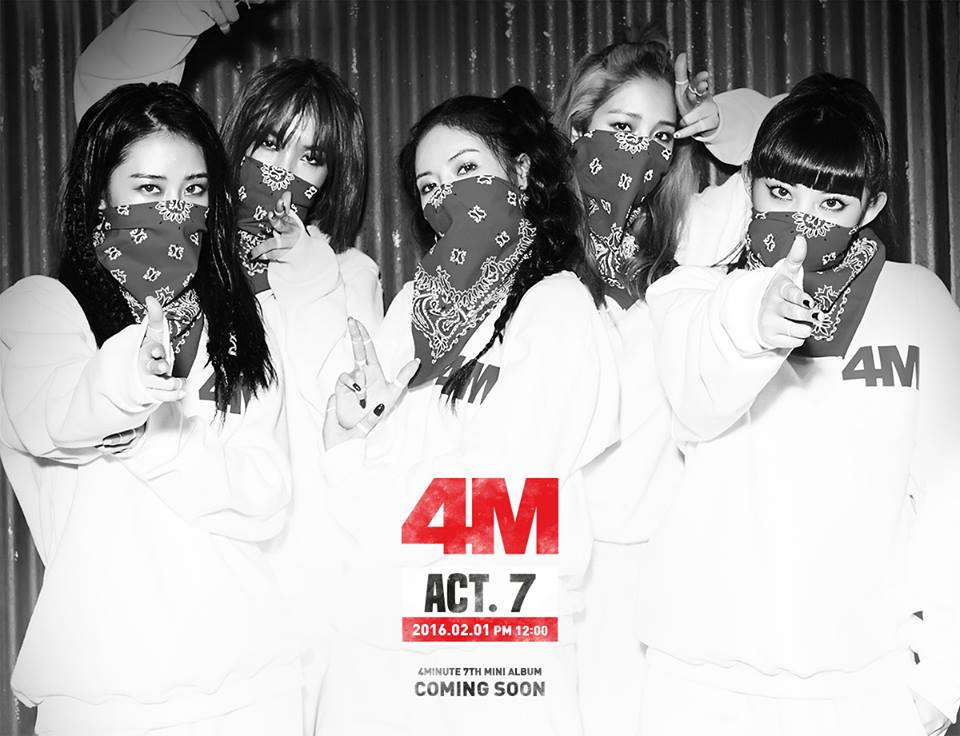 4Minute Plan to Become Your Girl Crushes With New Album

4Minute has prepared long and hard for their forthcoming comeback.

The girl group is set to return on February 1 with their seventh mini album “Act. 7.” This will mark their anticipated first release since “Crazy” which dropped last February.

Cube Entertainment has confirmed that 4Minute will stick with their trademark “girl crush” concept, and fans can think of their new title track “Hate” as a follow-up to “Crazy.”

“As this will be their first album in a year, we have invested a lot into their choreography and outfits,” an agency rep commented, and revealed that they started working on the album last summer.

The focus will be on confidence, edge, and attitude. “They won’t be wearing anything too revealing. The concept is all about showcasing their sexiness and charisma.”

“Hate” is described as a dance track combining EDM and hip-hop. The title track has been created by world renown DJ Skrillex in collaboration with Korean producers Seo Jae Woo and Son Young Jin.