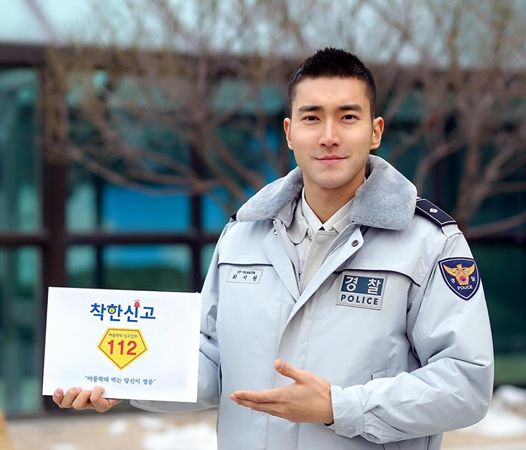 Choi Siwon Is Featured in a Funny Police Commercial

Super Junior’s Choi Siwon is drawing attention from his fans for his most recent appearance in a commercial.

On January 23, the Seoul Police introduced on their Facebook the “Kind Call 112 Project” featuring Choi Siwon’s photo who is currently serving as a military police.

In the photo, Choi Siwon is seen dressed in a police uniform holding a sign. Even with his short haircut, his friendly smile is enough to melt hearts of his fans. 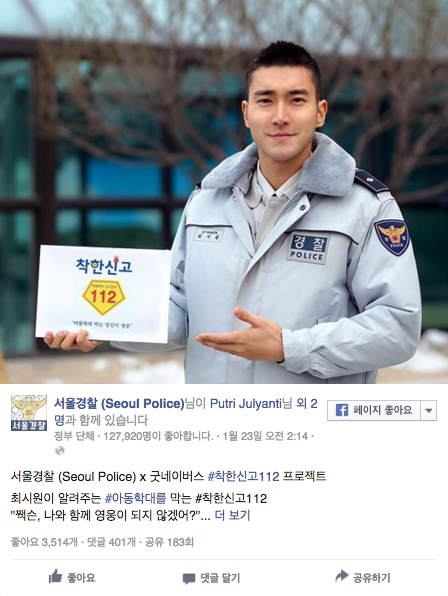 The second Facebook post reads, “Why are they giving me a mask? Why am I going through this hardship? Jackson?” “#Officer Choi Siwon and a surprise for all of you. We’ll release it this afternoon.” 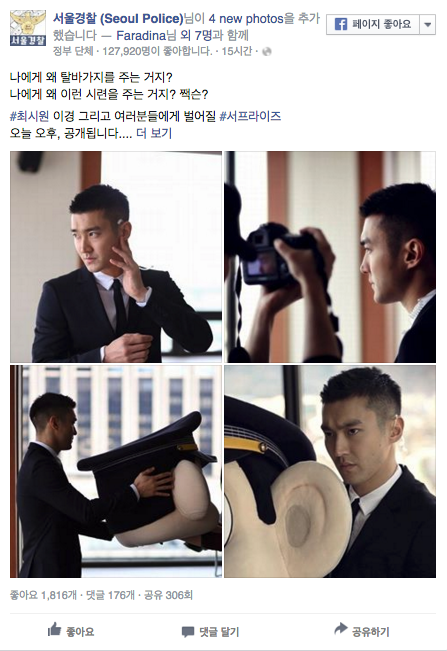 He has 21 months left in his military police service and will be discharged on August 18, 2017.

Check out the commercial here.