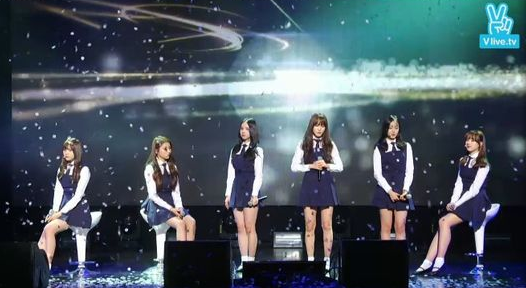 GFRIEND got together with their fans on January 25 for a showcase that celebrated both their one-year debut anniversary as well as their recent comeback!

The showcase was broadcast live over Naver’s V app, and GFRIEND performed some of their hits for fans such as “Me Gustas Tu” and “Glass Bead,” as well as their latest title track “Rough.”

They showed a special video to fans that they’d filmed themselves, in which they thanked fans for all their support, during which they called their fans “Buddy.” After the video, the members revealed that this has been chosen as their fan club name!

They said to fans, “If we hadn’t had you with us for the past year, we wouldn’t be here.” A cake was then brought out to celebrate their special day, and fans surprised them by holding up signs that said, “You’ve worked hard for the past year! Good luck with ‘Rough’!” This touching display from the fans made member Yerin burst into tears. 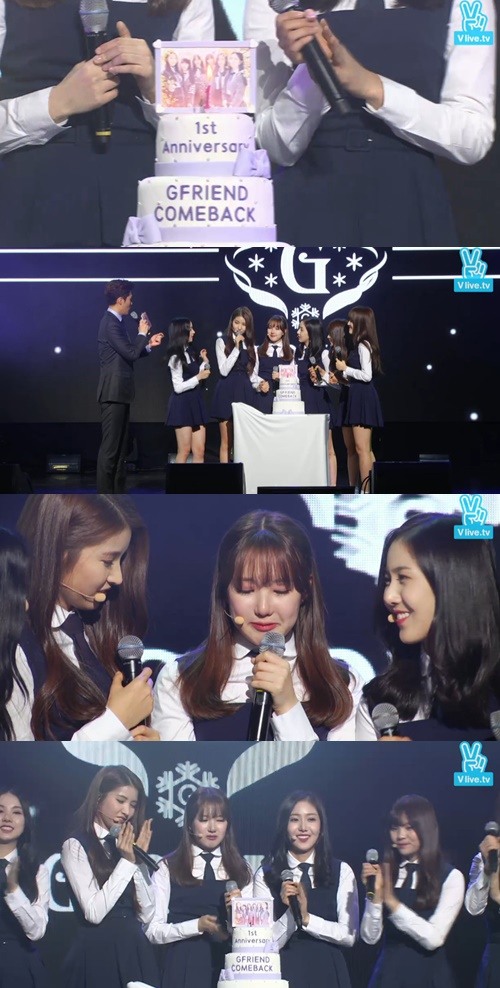 GFRIEND made their comeback with their new mini album “Snowflake” on January 25.

Support the artist by buying GFRIEND Mini Album Vol. 3 - Snowflake from YesAsia
GFRIEND
How does this article make you feel?