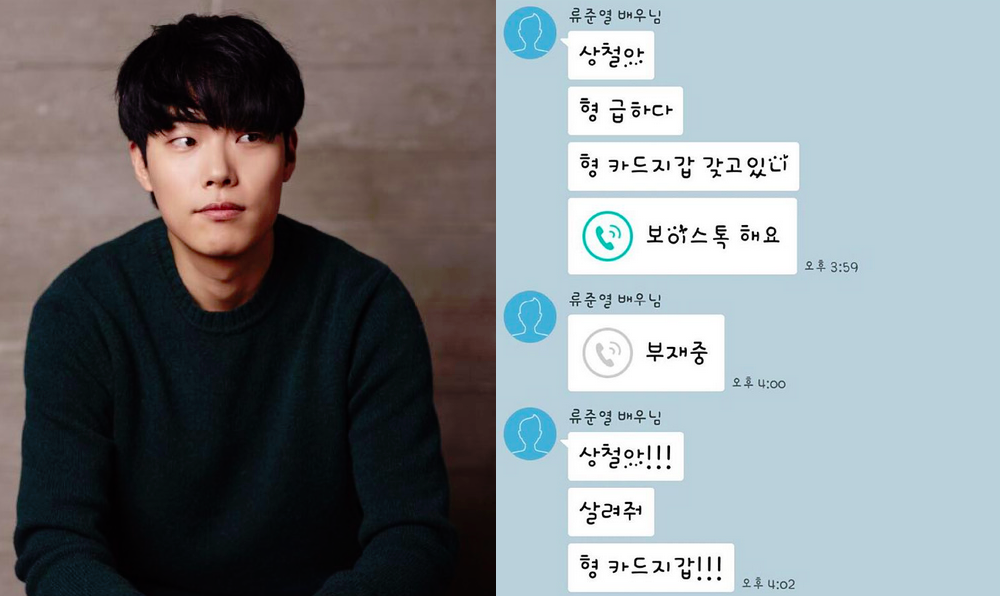 Ryu Jun Yeol’s manager has shared some adorably dramatic messages from the “Reply 1988” star that he sent upon arriving in Namibia after being stolen away by the crew of “Youth Over Flowers”!

A screenshot of the messages was uploaded to the C-JeS Entertainment Instagram on January 23. The actor writes to his manager, “Sung Chul, it’s urgent. Do you have my wallet?” He then tries to call his manager, but doesn’t get a reply. “Sung Chul!!!” he writes. “Please save me. My wallet!!!”

The caption on the post reads, “I’m sorry… I fell asleep.” His manager writes in the hashtags, “It looks like you arrived safely. Good luck over the next ten days. Cheering you on. The last thing he whispered to me as he was being kidnapped in Phuket was the code for the safe in his hotel room. I safely packed the wallet and all of your cash that was in there. I love you.”

Photos shared online also show Ryu Jun Yeol at the airport along with Go Kyung Pyo and Ahn Jae Hong, and one uploader noted that he was wearing an eye mask on his head. 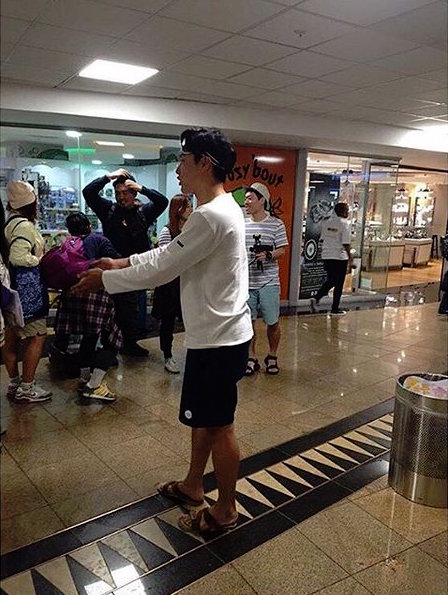 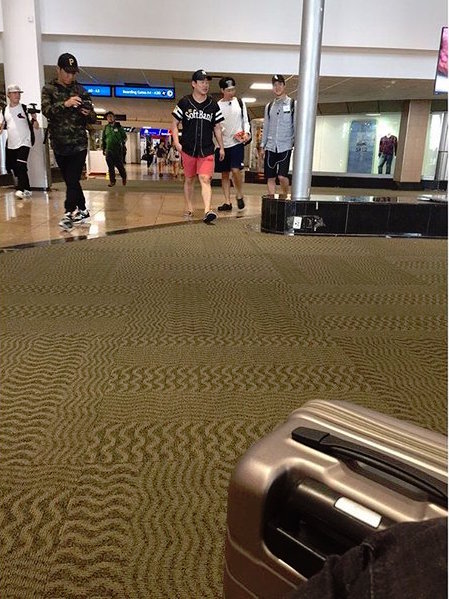 “Reply 1988” stars Ryu Jun Yeol, Go Kyung Pyo, and Ahn Jae Hong were surprised during their cast and crew reward vacation in Thailand when they were whisked away to Namibia by the crew of “Youth Over Flowers.” Park Bo Gum later joined them there, and the quartet plans to spend ten days together traveling through Namibia and to Victoria Falls.

Youth Over Flowers
Reply 1988
Ryu Jun Yeol
How does this article make you feel?