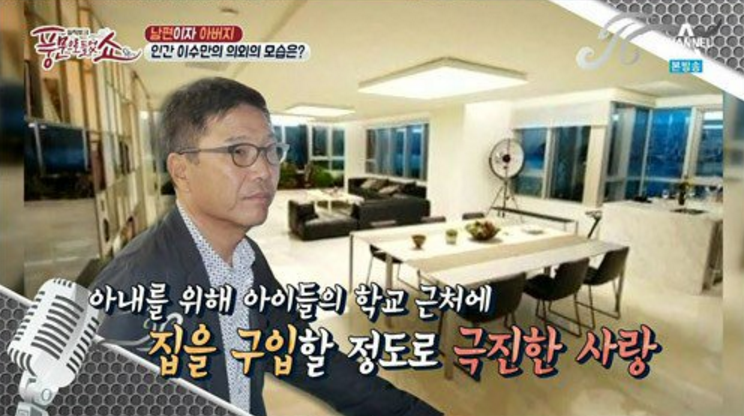 During the January 25 broadcast of Channel A’s “Heard It Through the Grapevine,” rumors surrounding SM, YG, and JYP were discussed.

On this day, Hong Jin Young mentions how she “wonders what kind of husband and what kind of dad Lee Soo Man is,” prompting Ha Eun Jung to answer, “Lee Soo Man’s wife is an accomplished graduate of UCLA, who majored in Computer Graphics and Video. He met his wife when he studied abroad in America, and they got married in 1984.”

Kang Il Hong also adds, “Unfortunately, Lee Soo Man’s wife was diagnosed with cancer in her small intestines in 2012, and after struggling for two years, she passed away in 2014. It is said that during those two years Lee Soo Man constantly stayed by her side, and cared for her nearly every day from day to night. He loved his wife so much that when she contracted a sun allergy due to cancer, he bought a separate house in the suburbs of LA, near where their kids when to school.”

He continued to reveal, “Lee Soo Man’s oldest son is actually currently working as a lyricist for SM, and has even wrote lyrics for EXO and Girls’ Generation. [His son] also became a topic of interest when he personally translated for his dad when he spoke at Stanford University.” 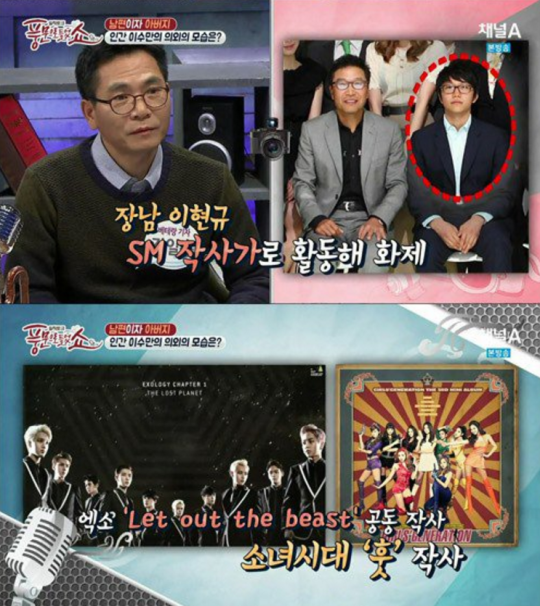 “Heard It Through the Grapevine” is a program that has working entertainment reporters and celebrities discussing in depth topics people are curious about.

Heard It Through the Grapevine (Show)
Lee Soo Man
How does this article make you feel?