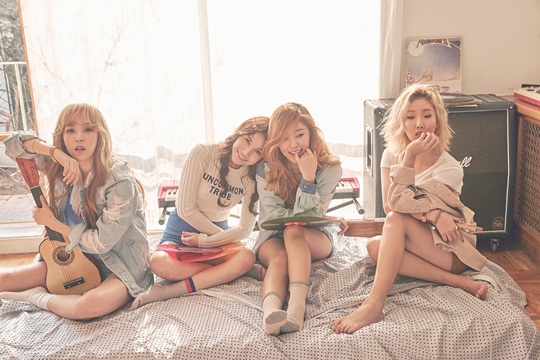 MAMAMOO has released a free single to announce their comeback later this month with their first full album.

It has been seven months since the release of their last album “Pink Funky,” which contained the title song “Um Oh Ah Yeah,” back in June of 2015. Currently, the group is currently making finishing touches to their upcoming album.

Meanwhile, MAMAMOO first debuted in June of 2014 with their album “Hello” and became the center of attention because of their flawless singing and flashy performances.

“Um Oh Ah Yeah” has especially become a fan favorite because of the cute and relatable improvisations they incorporate into the performance. They are now the “girl crush” of many because of their loveable characters.