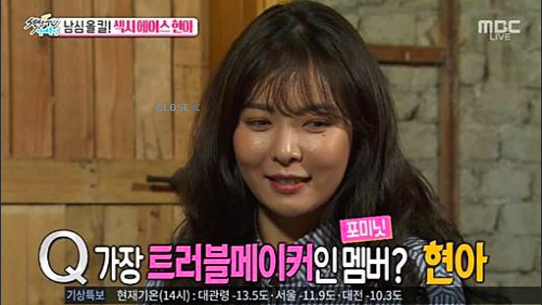 HyunA Reveals Who the Troublemaker of 4Minute Is

HyunA confirmed that she is the most unpredictable rebel of her group.

On the episode of MBC’s “Section TV” aired on January 24, HyunA, who is taking wedding pictures with the superhero Deadpool for a pictorial, is interviewed.

When asked who stirs the most trouble in 4Minute, she says, “It’s HyunA. I have to live up to my name. I’m the troublemaker.”

“When I look in the mirror, I think, ‘I better put on some makeup right now,'” she adds. “After I have makeup on, I think to myself, ‘I look pretty good.'” 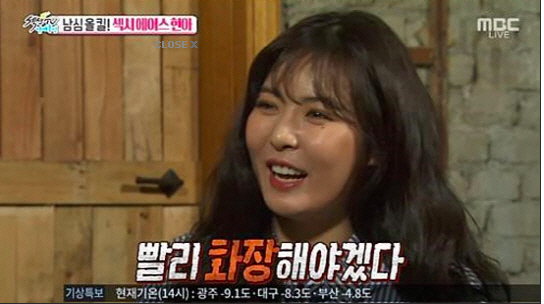 In addition, HyunA reveals her determination for the new year.

“My favorite color is red,” she says. “This year is the year of the red monkey. It’s my year.”

She also reveals that she is more than just a woman of sensual charms.

“I have both a sexy side and a cute side,” she says. “I usually talk with a lot of aegyo, which is especially full blown right now because of my stuffy nose caused by the flu.” 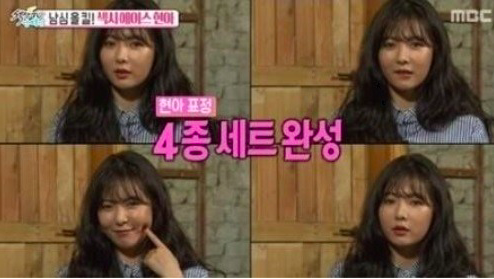 Meanwhile, 4Minute will make a comeback next month.